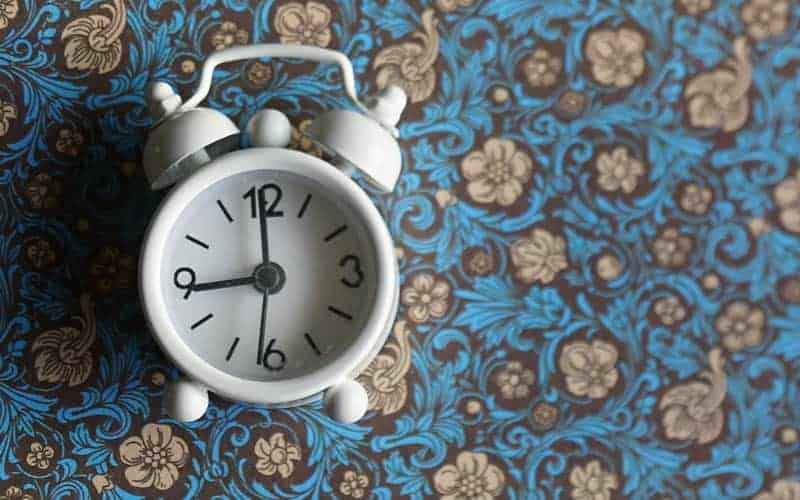 Curfew for teens is seen as a rite of passage in some families, whereas other families don’t enforce them. As with every aspect of raising a child to adulthood, you’ll have your own way to do things, your own preferences, and the things that you think are best.

Some parents have decided not to give their teenagers curfews because the parents don’t want to be sitting at home, anxiously, waiting for the clock to hit 11:00pm to see if their kid gets home on time or not. This probably isn’t the best strategy, since there’s no target time for the teenager to get home, meaning the parents could end up being even more anxious waiting for them to get home at an undisclosed time.

Generally speaking, it’s not a great idea to have your teenagers out and about all night, when you don’t know where they are, and you don’t know when they’re going to get home. Also, if something does go wrong, you won’t know until later.

Why Some Parents Are Against Curfew for Teenagers

Some parents don’t give their teenagers a certain time to arrive home because they think that this extra freedom is better for their teens, or they are just not the type of parent that is super involved. In some cases, parents can be neglectful, so that’s an elephant in the room that needs to be addressed, too. Some parents that don’t enforce curfews aren’t doing so because they have some thoughtful philosophy about raising teens, it’s simply because they aren’t involved, or they have other struggles going on, or they’re simply not great parents.

Now, just because a parent doesn’t enforce a curfew, that doesn’t necessarily mean they are a bad parent or they aren’t involved in their kid’s life. They could have their own reasons for this, their kids may have always been very responsible and trustworthy, they have a general understanding of when it’s time to come home and adhering to an exact hour isn’t necessary for them, their teenager is an adult already or older, and so on.

So, there are plenty of reasons a parent may decide not to have a curfew for their teens, but there are also plenty of good reasons that parents do choose to set a curfew in their home.

Why Some Parents Use Curfews for Teens

Setting expectations: Setting a curfew is a way for parents to set expectations on their teens. It’s a clear line in the sand, and the teen knows that if they show up after curfew there will be some type of consequence. Also, by showing up on time, some families will allow the teenager to earn rewards and privileges like being able to take the car on a weekend, or

Safety: Wanting your teenager to be safe at home doesn’t necessarily mean that you think they’re going to do something wrong, it can also mean that certain neighborhoods or areas, or just in general, things are a bit less safe at night and a younger teenager probably shouldn’t be out and about all night.

Local laws: Curfews are a legal requirement in certain areas. It can feel kind of strange to be told that you aren’t allowed to leave your home at certain hours, based on your age, especially since different people have different sleep cycles and it’s almost like outlawing certain sleep patterns. Nonetheless, if you live somewhere with local laws, that’s a very valid reason for a parent to want to enforce a curfew, whether or not you agree with the laws. In some cases, these laws are just temporary and are important for public health and safety in emergency situations, and those should be judged differently as well.

To manage sleep: Teenagers need a lot of sleep, everyone who has ever asked “why do teenagers sleep so much?” is very familiar with that fact! Ensuring that teens get home by a certain house doesn’t necessarily mean they’ll be able to fall asleep right away, but it’s a good start.

A Curfew is a Collaboration

As a parent, it’s easy to want to slam your fist down on the table and lay out the law of the land, but a in order for a curfew to be something that’s actually effective and that doesn’t just build up resentment and a desire to fight against it, then it should be a collaborative effort.

Like it or not, when your teen is out and about, they’re the ones who are in control of whether or not they show up on time. Of course, it’s up to you to levy punishments and to create a system that they’ll be on board with with their cooperation, but at the end of the day, if they don’t buy-in to the curfew, they’re not going to come home. If the goal of your curfew is to get them home safe at a reasonable hour, your curfew fails to meet its goal if your teenager isn’t on board to follow it. While you’re the one who ultimately makes and enforces the rules, if the goal of your curfew is safety and all of the other positives, then that goes out the window if your teenager breaks their curfew, and we’ll assume you aren’t just making rules for the sake of making rules, so you should want those rules to be followed because they offer a tangible benefit.

What If Teens Don’t Agree To Their Curfew?

If you ask them to suggest a time, and you ask them what time they think makes the most sense, and it just doesn’t line up with whatever you had in mind, here’s what you can do…

Keep talking! Ask them why they think their curfew should be at the time they recommended, and then ask yourself why you think it should be earlier. Is there a practical benefit to having their curfew be at 12pm instead of 1am, or are these relatively arbitrary numbers? Maybe they like to watch SNL at a friend’s house on Saturday, and the show ends at 12:30am, and they decide to come straight home after… Then maybe a 12:45am curfew makes a lot more sense than 12:00, otherwise they won’t be able to finish the show and it kind of makes the whole point of going out to watch SNL with friends moot.

Should There Be Any Leeway in a Curfew?

What happens if your kids watching a movie at a friends, and the movie goes on a bit later than expected – would you want them to immediately rush home, or would you generally give them the opportunity to finish off the movie? If this is something they start to exploit, that’s a good reason to become concerned and re-consider, but if it’s something that happens once in a while, and they communicate with you with a quick text first to let you know what’s happening, it’s perfectly fine to have a little wiggle room, especially if the curfew is just kind of an arbitrary thing rather than needing them home for something in particular, or due to a legal curfew in your community.

See also: How to talk to teenagers.

Curfew Times for Teens Based on Age

Some families with use a laddered-approach to their curfew times for teens, where the kid gets a later and later curfew based on their age, as long as they’ve been responsible with the leeway they’ve been given.

Curfew times and ages vary all around the world, here’s a rough idea of some average curfew times based on age. This is just a rough outline, it’s much more important to take your own kid into consideration, what they’re up to, what their friends are like, how well they communicate when they’re out and about, and so on.

We try to stay as objective as possible and to present the thoughts that people have on both sides of an argument, in this case curfew vs no curfew, but once you get into the 20’s its really hard to argue that you should be keeping a curfew going except in the case of more extreme circumstances where there are genuine cases for concern, substance issues, or there’s some type of developmental or behavioral issues that still need to be solved.

So, Is Curfew for Teens a Good Idea?

Generally speaking, curfew for teens are a good idea, and they can even be a great idea when it’s done as a collaborate effort and in a way that allows them to establish boundaries, gain responsibility, and an increasing level of trust as they’ve proven themselves to be responsible.

There are many benefits of curfews for teenagers that benefit the family, the parents, and the teens themselves. Not all parents decide to use curfews, and there are also a handful of reasons that a parent may choose not to – but it’s always good to have a reasonable set of expectations on teenagers, to set some boundaries, and to impose rules that are meant to keep them safe.

Make sure that the rules you’re setting make sense, too. You should be able to explain why you’re choosing a certain time for a curfew, and if they want a later time, they should be able to explain why in a convincing way, too. Making up rules “because I’m the boss” will be a much harder sell, and will cause a lot more arguments, than if you put a little thought into the teen curfew before implementing it, so that you can explain it to them in a way that they’ll accept, with an understanding that if they follow it responsibility, they can gain more freedom as time passes.