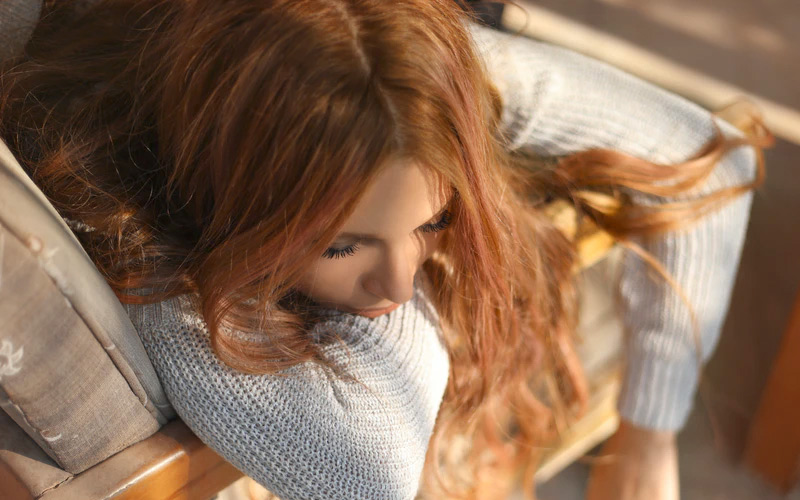 We can’t talk about why teens sleep so much without addressing the elephant in the room, but before we get to that, there’s a few other things we need to address. For starters, not everybody needs the same amount of sleep.

Wondering why it seems like teenagers are sleeping all the time? Well, before we get into the scientific reasons, let’s cover some of the elephants in the room. The following potential reasons for a teen sleeping all the time aren’t universal, they’ll apply to some kids and not to other ones, so don’t get too paranoid wondering “Why is my teenager sleeping so much?” and assuming the worst.

They’re up all night: If you know a teen and they seem to go right to sleep after school for a nap, that doesn’t necessairly mean they’re sleeping for 8 hours every night and then another 2 hours in the evening. They might be staying up all night and only getting 4, 5, or 6 hours of sleep overnight.

So, if you total it up, they actually aren’t sleeping as much as it seems. In fact, many teens can get by on less sleep than adults, so they can stay up at night on their phones, or playing games, or reading, or doing homework and not pay as high of a price the next day. This isn’t ideal, a good night’s sleep is important and helps you retain information.

They’re partaking in certain sleepy substances: There’s a certain plant that’s legal in some States and still illegal in other states, and when one ingests it, it tends to make them feel awfully sleep. This particular substance is very common among teenagers, and it’s a fairly normal rite of passage, as long as it’s not a daily thing and as long as it’s not interfering with other parts of their life. We’re not here to be the morality police, and we’re not here to be some politically correct website that’s going to deny reality. We’ll leave that to the rest of them.

Yes, many teens smoke. No, it’s probably not going to ruin their life. Yes, it’s good to talk to them and keep an open dialogue and no, you probably aren’t going to convince them to stop doing this. How you handle it can put a big strain on your relationship with them, and in many cases, the biggest damage that comes from this is the punishments that are imposed on them, rather than the substance itself. Having said that, it’s entirely possible to take things to far and to get into trouble, so you want to be there for them, and to make sure this particular substance is leading to more serious, and more dangerous substances.

They’re super busy: Some teenagers have incredibly busy and tiring lives. They have to wake up early everyday, they have to sit around in class all day (Which is a HUGE cause of fatigue, they’re mostly sedentary!) This is especially true as schools cut their physical education programs, as teens get cars and don’t have to walk or bike to school anymore, etc. Beyond that, after sitting around all day, we expect teens to participate in extra-curricular activities and sports in the evenings, and then before they can finally crawl into bed, they’ve got to do homework.

If they want even an hour or two to themselves to enjoy hobbies, or just winding down, it’s going to cut into their sleep time, meaning they’ll stay up, meaning they’ll be even more tired the next day, and may end up needing to nap, which brings us back to our first point.

To sum it all up: We give teens incredibly busy lives with packed schedules, we fill up their minds with stress and anxiety, then we question why they’re trying to relieve their stress or why they’re so exhausted. How fair is that?

Now, those aren’t really the most scientific reasons in the world, but we wanted to get them out of the way because it’s stuff that is important to talk about, even if it’s a bit uncomfortable sometimes.

Scientific Reasons Teens Sleep So Much

With the not-so-scientific theories out of the way, let’s turn our focus to the cold hard reasons that teens sleep so much, backed up by scientific facts.

Why Do Teens Need More Sleep?

They’re growing: Teens bodies and minds are growing rapidly and thats one of the major reasons why teens need more sleep. They require more fuel to feed their massive appetites for food, and they also require more sleep. As you get older, you’ll find that you can get away with less sleep. You aren’t growing anymore, you’re on the decline (to put it bluntly.) Once you’re done growing, you start to shrink, it’s just a fact of life. Your body needs less and less as you age, but teenagers are growing at such a fast rate, and they’re so busy, and they’re learning and discovering so much – it’s no wonder they need to sleep more!

They’re depressed: Teenage depression and anxiety can be crippling. Depression is not rare among teens, it’s impossible to know the exact stats and figures, and it’s certainly a spectrum, but one of the side-effects of feeling depressed is just wanting to stay in bed and sleep all day. It’s hard to find the motivation that’s needed to wake up sometimes when you’re depressed, and teens may not have found as many ways to cope or deal with it as adults who are functioning in society. If you think a teen in your life might be suffering from depression, it’s important to talk to them and to let them know the door’s open. They may not even know exactly what’s making them the way they are, but they could be trying to struggle against a chemical imbalance in their brands, on top of the usual hormonal struggles that teens go through. That’s a lot to deal with on their own, be there for them.

How much sleep do teenagers need?

As I said at the start of this article, everyone’s different. Not everybody needs the same flat amount of sleep. Teenagers usually need about 8-10 hours of sleep, but if a teenager is sleeping 11 hours sometimes, or even 12 hours every now and then, it’s nothing to be overly alarmed about. Let ’em sleep, they’re tired!

Some teenagers also need a bit less sleep, some can get away with 7 hours of sleep and still be totally well-rested and productive. As long as a teenager is feeling well-rested when they wake up and able to make it through their busy days, 7 hours is fine, 8 is fine, 9, 10, 11 hours are all fine. Don’t worry too much about it, alright? So, to sum it all up, why do teenagers sleep so much? Because they need more sleep. 🙂