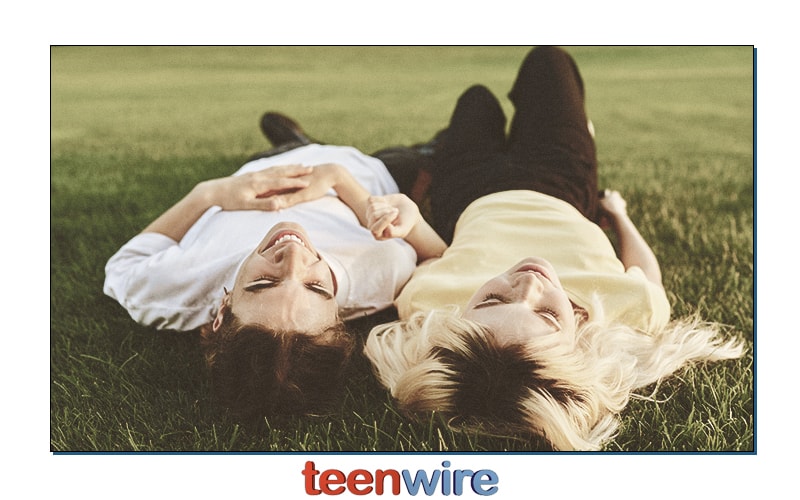 Dating as a teenager can be awkward, messy, embarrassing, humiliating… but it can also be a lot of fun, exciting, and formative. There’s a lot of anxiety that comes along with dating, especially among teens who haven’t had a girlfriend before.

Some people get their first girlfriend early, or have someone they grew up with and they just kind of fall into it as they get into their teens, but for others, it feels like it’ll never happen.

Important: Even if you check off some of these boxes and are putting out these signs, it’s not too late to turn things around. This isn’t some “red pill dating advice” page that’s going to try to sell you an e-book or turn you into Andrew Tate. This is just practical, honest, down-to-earth advice for teenage guys and girls who feeling like they’re hopeless when it comes to the ladies.

Many people never end up dating during their teenage years, but that doesn’t mean they’ll never meet someone or never find a partner. The trouble, for some people, is that the longer they go without dating or having those “firsts” experiences, the more it feels like the pressure builds up and the more hopeless things start to feel.

There are certain behaviors and signs that you will never get a girlfriend that you can change and alter. None of these are a life-sentence, okay? You can overcome these things, change them, and get the life and relationships that you want but it’s going to take some effort.

If you’re a teenager, or even if you’re past your teen years in highschool, just remember that it’s not too late. Whatever has been holding you back can be overcome. Here are some of the signs you’ll never get a girlfriend, and what you can do to overcome them.

Believe it or not, you’ll be looking for first date ideas before you know it.

This one seems pretty obvious, right? You might be surprised how many guys (and girls) are moping about not having a girlfriend, but they don’t put any effort into talking to girls and getting to know them.

The first girl you talk to probably isn’t going to be your most compatible partner, but part of dating when you’re younger is meeting different people, seeing what you like and don’t like, and getting a better feel for that. That’s why a lot of relationships in high school tend to last a week or two.

Talk to girls like they’re regular people, get to know them, let them get to know you, and you’re well on your way. There’s more to it, of course, but this is an important first step.

Solution: The more girls that you meet and talk to, the better the odds are of finding someone where there’s a mutual attraction and things click. Also, as you make some female friends, they’ll have friends they can introduce you to.

6. You Aren’t Yourself Around Girls

Actually talking to some girls is the first step towards getting a girlfriend, but the way you interact with them is important too. “Be yourself” is the most cliche advice, and frankly, many people will put on an act and not really be themselves in order to find someone, and that can work, but it ends up being a miserable existence.

Being yourself doesn’t mean being the worst version of yourself who isn’t trying to make a good impression at all, it means emphasizing your best qualities without trying to be somebody else.

If you’re one way around your buddies, but you turn into a bumbling fool when you’re around girls, that can be an issue and it’s a sign that you’ll have some trouble meeting someone, but it’s okay – you can work on this.

Solution: The way to fix this is simply practice. When you’re exposed to a situation more often, you’ll become more comfortable.

5. You Come Off As Desperate

If the thought of not having a girlfriend is consuming you and it’s something that’s really affecting you, and you just really, really want to meet somebody… this can actually impact the way you’re behaving, and it can be a bad look.

It’s easier said than done, but you just kind of have to play it cool. You don’t have to ask a girl out within the first five minutes of meeting her, especially as a younger person. Take some time and get to know them, make sure you even want to date them after knowing them a little better.

Everyone can sense desperation, and people see it as a red flag. They’ll wonder why this person is desperate, why other girls aren’t interested, and so on.

Solution: Again, easier said than done, but just chill. Let things happen. You can be proactive when you’re interested in somebody, but ask anyone whose had a few relationships, they seem to catch you off guard when you least expect it. And that’s probably because you aren’t coming off as a desperate person.

4. You Spend Too Much Time Alone

If you’re always alone in your basement, it’s going to be hard to meet someone. Even if you have some online friends, and even if you’re talking to some girls online, it has to cross over into real life eventually. You need face time, you need to be around people.

It can be difficult to put yourself out there, especially if you don’t have a big social group. Just take the opportunities that you have, and try to create some opportunities of your own as you go.

Finding a girlfriend isn’t something that will happen overnight, in most cases. It’s like a culmination of a lot of things, mixed in with a bit of luck and being ready to accept that lucky when it finds you.

3. You Aren’t Taking Care Of Yourself

If you want to find a nice girlfriend, you’ll need to have a minimum threshold when it comes to taking care of yourself. Regardless of how you feel about your physical appearance and style, it doesn’t take much to really step yourself up. A decent haircut and an okay shirt can go a long way.

Taking care of yourself goes beyond dressing decently and having a fresh haircut, though. It also means taking care of your mental health, having goals and ambitions that you’re working towards, and generally just being a fun and interesting person to be around.

People are fun and interesting in different ways, so that’s where finding a compatible partner comes into play.

If you’re insecure about things, it’s good to work on them. You can work on improving them, but you can also work on not feeling as bad about them, too. The combination of these two improvements will make a world of difference.

Solution: Make sure you’re on top of things like hygiene, your mental health and moods, self-actualization and getting to know yourself, and you’ll be ahead of the game. Take a look at these grooming tips for teenage guys.

2. You Don’t Have Passions

This overlaps with being an interesting person.

Have you ever heard a girl talk about how it’s so attractive when somebody is passionate about something, and it doesn’t even matter what that thing is?

If there’s something you’re into, own it. It might make some people cringe, but it will also help signal to a girlfriend with similar interests. For example, if you’re a huge anime fan, you might be a bit ridiculed by certain groups of people, but you’ll also have a shared interest with many girls.

Your passion might be art, playing an instrument, reading about philosophy… whatever it is, having something that you’re an expert on and can talk about with passion is going to be enthralling for many people.

Solution: Explore various hobbies until you find your passion and then pursuit that passion without apology. It will make you attractive to the right girls!

Here’s the big one.

If you’re out here looking up articles about signs you’ll never find a girlfriend, you run the risk of creating a self-fulfilling prophecy.

You’re in your head about this, and part of you is worried you’ll never be able to get a girlfriend. You’re looking at signs to confirm that, but the truth is, you can get a girlfriend even if it feels impossible.

This sounds counterproductive, but the best thing you can do to make yourself more “dateable” is to live your best life. Explore your passions. Try out hobbies. Get out there, have a good time.

When you’re enjoying yourself, people will notice. It’s an attractive trait. People want to have fun, and when you’re having fun doing the things you love, you will eventually attract someone who wants to have a good time with.

Solution: Spend less time fretting about being single and more time enjoying it. There are benefits to being single. Someday, you’ll be in a long-term relationship, and part of you will be thinking “I kinda wish I was single again…”

Other Signs You Will Never Get a Girlfriend

To be honest, most people will date somebody, at least a few people, throughout their lives.

For many guys and girls, their teenager years aren’t their peak years. Whether it’s college, or even after that, that they start dating more seriously, it’s important not to get too desperate and to make sure you’re enjoying your time.

It can be fun to have a girlfriend and date and all that, but it’s not worth losing your mind as a teenager if you don’t have a GF yet. You will eventually. You’ll figure things out, it’ll be totally fine. That’s easier said that done, if it’s something that’s bothering you, but there aren’t really any signs that you will never get a girlfriend, because you shouldn’t say “never”.

Give it time, do what you can to work on yourself, and you’ll meet somebody when you least expect it.