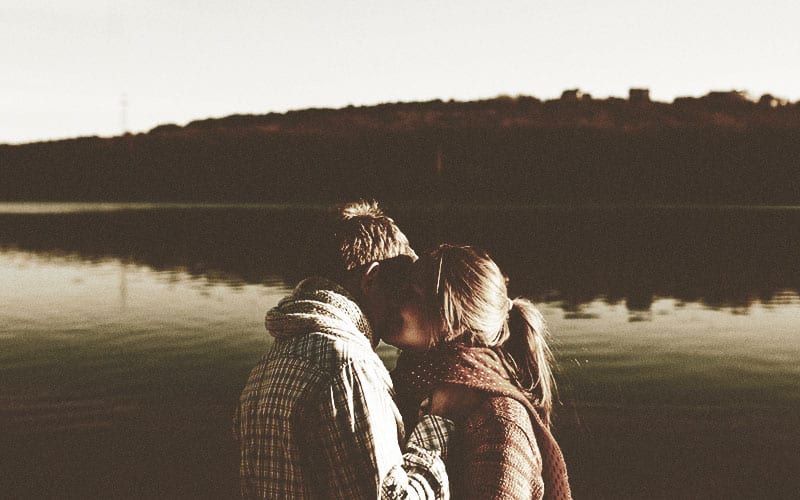 There’s something special about that first true teenage love that a couple experiences together. Teenage love is pure, innocent, and with a certain naive quality that makes it an experience that most people only have once.

As people grow up and face the world, experience different relationships with different people, and tend to become more jaded over time, they’ll often want to re-capture that wholesome first love from their teen years…

Just because people fall in love at a young age, that doesn’t mean the love can’t last.

Just because they’re inexperienced and haven’t dated a lot of people, this doesn’t automatically mean they’re going to yearn for more eventually in the future.

A pair of teenagers can meet, start a normal relationship, grow together over time, and always stay in love…

But there are going to be some unique challenges, too.

What Are The Challenges of Teenage Love and Relationships?

One of the major reasons that teenagers break-up or fall out of love is because these are years where people are growing and changing a lot, and sometimes they’ll grow apart.

They might be curious what it’s like to date other people and that can cause teenage love to fade.

It’s also possible that teenage love doesn’t always last because the people in the relationship just aren’t as experience in dating, in knowing what they want, in knowing what qualities to look for in a partner, and are more quickly to fall into “puppy love” with someone quickly.

As people get older, they tend to reach a certain stage where they find out who they are as a person and what they’re looking for in a partner. Teens, on the other hand, simply haven’t had enough time or enough serious relationships to get a great feel for what they want or need from a partner.

Teens can fall in love easily and get swept away, but once the dust settles and they come back down to earth, they’ll

5 Tips for How to Make Love Last Forever

On average, teens between the ages of 16 and 18 will usually have a relationship that lasts around a year or two. That’s a far stretch from forever, right? But if teens are looking to make their relationship last, there are some important criteria that need to be met.

Both parties need to truly commit to one another, and that’s really difficult to do as a teen. It’s easy to say, especially when you’re swept up and young and naive, but it’s a whole other thing to really want to follow through with it.

It’s probably best for teens not to commit to one another. Just live life, and if your path keeps you together, that’s great… but if both people aren’t happy, it’s not something to try to force. You don’t have to decide to spend the rest of your life with somebody that you’re dating as a teen, but you can decide to see where life takes you!

Teens will grow and change a lot into their 20’s, and even their 30’s. It takes a conscious effort for two people to really work towards growing together, while also giving each other space to be their own people.

Often times, if a person feels suffocated or like their partner has all sorts of expectations on them, it can make them feel like they need to break away. But if a couple can have space to be themselves, it’s possible that they won’t feel that same need.

This doesn’t mean that you should put up with being treated poorly, but when you’re talking about someone that you want to spend your life with, you have to be able to give them the benefit of the doubt sometimes.

Trust is important in every relationship, and that’s no different when it comes to teenage love and relationships.

Trust is especially important because once you lose trust, it’s hard to get it back, but teens haven’t necessarily had as much time to learn that lesson yet. It’s not that uncommon for teenagers to lie (Read more: Why do teens lie?), especially if they haven’t learned the consequences of lying yet.

Respect is a key ingredient for teen love to last. Respect is a very broad thing that covers a lot of different facets of a relationship, and they’re all super important.

Can You Really find Your Person as a Teenager?

It’s entirely possible that the first person you fall in love with will be the person you spend the rest of your life with. It’s rare, of course, but any relationship lasting forever is rare.

It takes two people who have a special connection, but beyond that, they also have to be willing to put in the effort and the sacrifices that any long-term relationship demands.

Making sacrifices at such a young age is something that many people have a tough time with. Teens often want to explore and experiment, and if not during their teen years, that yearning often boils over as they get older, which can cause many teenage couples to fall apart.

In every relationship, there’s a certain element of finding the right person, but a huge part of it is also just being able to work with that person. You don’t just meet something and everything happens easily. You have to put in the effort to make it work.

You could have a couple who meet in their late 20’s and are compatible on the surface but aren’t willing to put in the effort. You could also have a young teenage couple who might not seem as compatible on the surface, but are willing to put in the work and all of the things we mentioned earlier on this page. That teenage couple probably has better odds of lasting!