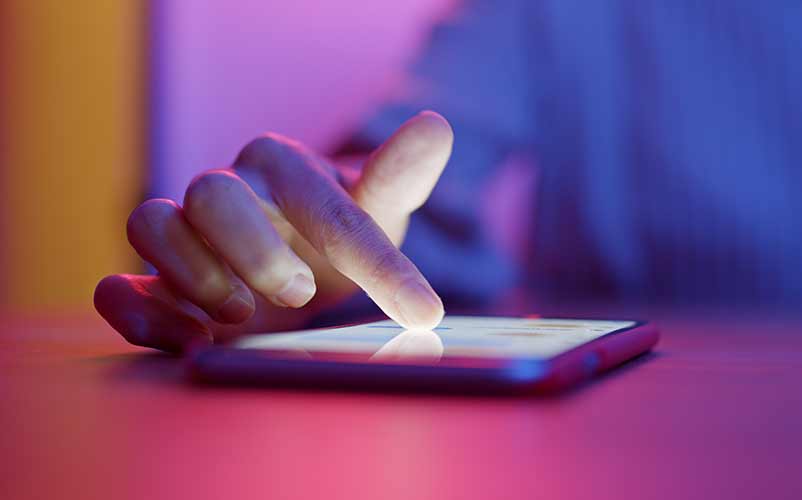 Should teenagers have phones, and how much freedom should they have on their cellphones in terms of monitoring their usage, controlling their screen time, and having access to reading their chats?

This is a question that most parents have been facing for years now. Cellphones aren’t a new invention at this point, but parents raising teenagers today didn’t have cellphones when they were growing up, and if they did, those phones were a lot different than today’s magical little computers that connect you to just about every single person in the entire world.

Here’s Why Teens and Why Kids Should Have Phones

Do you agree that children should have cellphones, or do you disagree? The first point to consider is that it really comes down to the age. There’s a difference between giving a cellphone, unsupervised, to a 5 year old compared to giving a cellphone to a 17 year old so they can check-in when they’re out and about.

Still, this is something that many parents are struggling with, especially once the first kid in class gets a cellphone and the floodgates are opened. Some kids and teens are ready to use a cellphone responsibly before their peers, so there isn’t really a one-size-fits-all age and some would argue there’s no age where teens should get cellphones, they would argue that the negatives far outweigh the benefits.

See also: Screen Time for Teenagers: How Much is Too Much?

Kids should have cellphones if they’re out and about because it gives parents the ability to check in on them, or even to use various apps that can track a person’s whereabouts.

On the other hand, there are downsides to kids having cellphones and being on their cellphones all day. More studies are needed, but a lot of the arguments are based off of intuition or common sense that being on phones often is harmful, can hurt a child’s ability to learn to focus, can make it harder to fall asleep, and more.

Should kids have cellphones? There’s an age that’s too young for someone to have a cellphone, and there’s an age where it’s perfectly appropriate, and it’s the parent’s job to fill in that grey area and decide which age makes sense for their kids. Some parents will never get their kids or teens a phone, instead waiting until the teenager is old enough to get their own phone.

As a parent, are YOU ready for the responsibility of your kid having a cellphone?

Giving a cellphone to a kid is a big responsibility for them, but they’re a kid – they’re supposed to make mistakes, to learn as they go, and to rely on their parent to set them up for success in safe situations.

If a kid gets into trouble on a cellphone, that’s the responsibility of their parent, full stop. As a parent, if you’re not ready to take on the responsibility that comes from your kid having a phone, then your kid isn’t ready to have a phone. This includes limiting or completely turning off data capabilities on the phone, blocking any applications that could have them talking to strangers, and not leaving them alone with the cellphone unsupervised.

Treat it like tablet, with very limited restrictions, and turn on additional features as needed and as the child gets older. For example, it’s probably fine for your 12 year old to be able to send you a message when they’re staying over at a friend’s place, but that doesn’t mean you’d want them to have full access to every chatroom on the internet, unsupervised.

The amount of cellphone privileges that are earned by a child or teenager will depend on a lot of things, including the parent’s willingness and ability to monitor their usage.

Pros and Cons: Should Teenagers Have Phones?

Here are the pros of teenagers having their own cellphones…

Building trust: Having a phone allows a teenager to check-in with their parents via a quick text message or call, which can help build trust and set the parent’s minds at ease without being too invasive or being a helicopter parent who suffocates their teenagers, metaphorically.

Easy to contact them: It’s easy to get in touch with your teenager if they have a cellphone, as long as they keep it near them and answer it when you call. Parents who raised kids before cellphones remember how anxious they’d feel waiting by the home phone, not knowing where their kids are. Having a way to immediately get in touch with your teenager is a great tool for a parent, if used correctly.

Responsibility: Much like building trust, even the simple task of remembering to plug-in a cellphone can slowly start to build responsibility. Keeping track of, and care of, a valuable device that they like to own is also a good way to learn responsibility and the consequences of not taking care of their things (when they get a cracked screen, and so on).

Here are the cons of teenagers having their own cellphones…

Unnecessary: When it comes to people who are a bit younger than their teenager years, people under 12 or so, they really shouldn’t be left alone in most circumstances, especially when they’re on the younger side. As such, they should be under some form of supervision by someone who will more than likely have a phone, or be within reach of a landline, so the argument would be that for 9, 10, 11 year olds, having a phone to get in touch with them isn’t much of an advantage since they’d be under supervision by someone who would have a phone anyways.

Expensive: Cellphones are expensive, even an older phone with an add-on line still adds up to hundreds upon hundreds of dollars a year. For many families, this is no small cost, so if you’re already working under the presumption that a cellphone is unnecessary, the cost just adds another reason that some parents are deciding “no” when it comes to cellphones for their kids and even their teenagers.

Distraction: Cellphones can be a huge distraction, and the instant dopamine rush can be addictive. This can cause all sorts of issues when it comes to focus, motivation, and time management in general. Many people who grew up with cellphones and are hitting their mid 20s and early 30s now find themselves constantly reaching for their phones for a quick rush and a quick distraction, people are having a harder time sitting with their thoughts, and it’s probably best for kids’ brains to develop a bit more, at least, before diving too deep into the weird gamification of phones, apps, and how they’re constantly competing for our never-ending attention.

If You’re Giving a Cellphone to a Teen or a Kid, Here Are Some Safety Tips

There are a lot of things you can do to increase the safety and reduce the harm of a cellphone if you want your kid or teenager to have one, but want to avoid the downsides as much as you can. This isn’t a complete list of every possible way you can keep your kids and teens safe with their own cellphones, but this is a great start.

At the end of the day, if you want your kid or teens to have cellphones, that’s an added responsibility for you as a parent so make sure you’re willing to take that on. This applies most to younger kids, especially when their classmates start getting phones and they’re going to have access to their friends phones even if they don’t have their own – there’s only so much you can try to do to protect them from the world forever, and you need to think about preparing them for the world instead.

Final Thoughts on Should Teenagers Have Phones?

Whether or not teenagers should or shouldn’t have phones is a decision for each family to make, but there’s a very high likelihood that every teenager is going to want a cellphone, and at a certain point they’ll be able to get their own regardless of what their parent wants.

The parent’s job is to learn about the risks and dangers that can occur, especially in terms of accessing the internet and all of the people on it who don’t always have the best intentions, and to learn to mitigate those risks as much as possible while also giving their teen the room to grow and learn and earn trust and privileges. Should teenagers have phones? That’s up to you to decide, if you’re their parent, but whether or not they should, they will have phones, sooner or later. Do you agree with why kids should have phones, or do you think they should wait until they’re a lot older before getting cellphones?