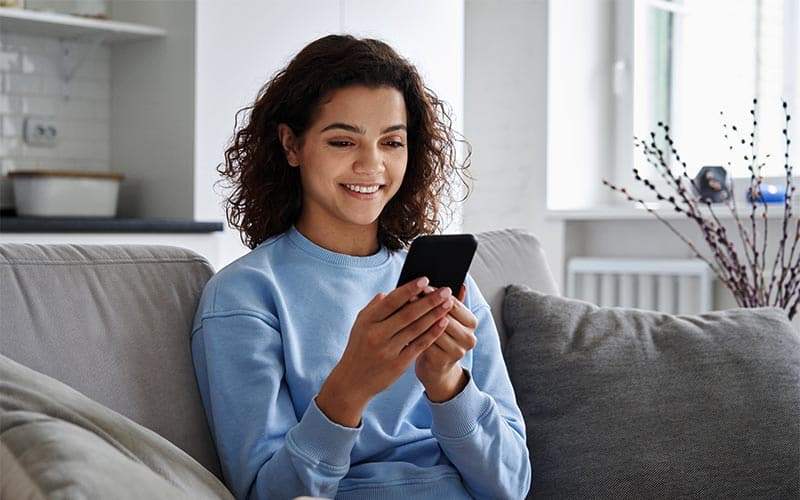 One of the great debates of our time, and certainly moving forward, will be about screen time for teenagers and other age groups, too. Is too much screen time harmful? Are the harms overstated? How do we find a good balance? Here are some things to think about i regards to screen time for teens…

What Is The Average Screen Time for Teenagers?

Also in 2019, the Washington Post reported that the average amount of time that youth spend watching online videos, in particular, had doubled in 4 years. Now, something that’s working taking into consideration is that the younger generations are more used to watching things on their mobile devices, like online videos, as opposed to sitting in front of the TV all day.

Is it better for kids to watch TV or to be on their cellphones?

The best thing is to have a good balance between screen time, playing outside, physical activities, building or working on something with your hands, and so on. But if a teen is either going to spend X amount of time on their phone or watching TV in the living room, which one is better?

Recommended Screen Time for Teens: How Much is Too Much?

As with most things in life, we probably can’t create a default template for exactly how much screen time is ideal for each individual. It depends on a number of factors, so just to make a blanket statement saying “1 hour should be the maximum” isn’t going to be based on anything concrete.

Things to consider when determining how long you’d like your teenagers to be looking at screens on any given day should depend on what they’re doing, and what impact it’s having on their life.

For example, if a teenager is obsessed with computer programming or creating digital art, this is very different than spending their time watching TikTok videos or playing a mindless game. On that same note, a complex strategy game or another game that teaches valuable skills is a better use of time than playing a game that doesn’t really engage the player at all.

The point I’m trying to make is that it’s probably a good idea to stop your teenager from playing Call of Duty for 10 hours a day, but if they’re spending 1 hour a day playing games and spending 8 or 9 hours learning or being creative on something they’re passionate about, it would be hard to argue that both of these examples are identically beneficial or harmful to a teenager, since these are radically different uses of time even though both of these hypothetical teenagers are using screens for the same amount of time.

So, it’s not necessarily about limiting time spent staring at a screen (although that is important too if screen time is getting out of hand, regardless of what they’re doing, balance is important), but it’s about what the screens are being used for.

Again, there’s probably a tipping point where too much screen time is a bad idea regardless of what you’re doing. It causes a strain on the eyes, it can have a negative impact on sleep cycles, and it can be very addictive. So if someone wants to work on coding projects and learning advanced mathematics for 16 hours a day as a teenager, that’s not ideal, even though they’re doing something that’s arguably very good for themselves and their future potential career options.

How to Limit Screen Time for Teens

The older your teenager gets, the more you’ll have to accept that they are going to do what they want with their time, and they have that right after a certain age.

It’s your job to help guide them towards finding interests outside of the screen, combined with ensuring that they’re using their screen time for productive things sometimes and not just for playing games or watching YouTube videos.

Instead of slamming down an iron fist with an arbitrarily chosen limit for daily screen time, why not work together with your teen to figure out a plan that makes sense?

For example, on Fridays they might like to stay in and code, and if that’s how they want to spend their evening on the weekend after a long week of working hard at school, where’s the harm in that? On that same note, if they want to spend a night every now and then gaming or just watching videos for fun, it’s okay to have leisure time, in fact, it’s essential.

Is Screen Time Harmful to Teenagers?

There’s a healthy debate among experts and scientists about how harmful screen time for teenagers may or may not be. Some believe that it’s contributing to a rise in anxiety and contributing to signs of depression in teenagers, while others believe that the screen time itself poses a small risk compared to other things that cause more harm such as teenagers bullying each other.

Many parents just take it for granted that screen time is bad, and therefore more screen time is worse, thus less screen time is always better. But in today’s changing world, computer skills and being internet/tech savvy that you gain while using screens can be very important.

Of course, saying that “bully is more harmful to teens than screen time” may be true, but that doesn’t mean that excessive screen time can’t still be harmful, right? But I’d argue that the key word here is “excessive”, since there are many advantages to at least some amount of screen time. Screens are attached to incredible devices that open up the entire world to us, and to deny their importance would be an error, in my estimation.

There are ways to reduce some of the harms of screen time, too. One technique that eye doctors will recommend is the “20/20/20” rule, which means that every twenty minutes while looking at a screen, you should take 20 seconds and focus on something that’s at least 20 feet away from you. This gives your eyes a bit of a rest from the screen, and focusing on something further away can help prevent eye-strain or having your eyes grow too accustomed to looking at things that are right in front of you.

Screen Time for Teenagers: What Do YOU Think About It?

I would love to hear what everyone thinks about this article about screen time for teenagers that I’ve prepared for you. In conclusion, I think screen time for teens should be monitored and assessed on an individual basis, and I don’t think having a flat amount of time for each day is the best way to do it. If you’re going to place limits on screen time, I think it’s best to use weekly limits, or even monthly limits, rather than daily. If a teenager has a set amount of time on the screen each day, they’ll probably use every last second so it doesn’t go to waste, but if they know they can spend a day or two without screens at all, and still enjoy the screens a couple of days later without “losing” their time, they’re more likely to avoid developing addictive habits around screens, in my opinion. What do you think, though? Tell me your thoughts about screen time for teenagers,