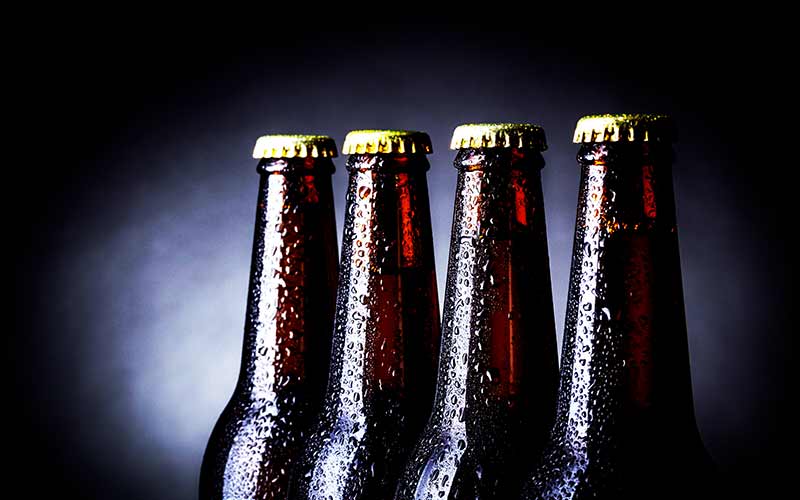 Non-alcoholic beer is a popular choice among people who have quit drinking or are avoiding alcohol for one reason or another. Instead of a glass of water or soda, they want something similar to a beer, especially if they’re lounging around outside on a hot day. For someone who is overcoming alcoholism, it helps them feel a bit more of a sense of normality.

But what about other people who might want to try a non-alcoholic beer? One group that comes to mind is younger people who are below the legal drinking age of wherever they live. They might want to taste beer, and feel like they’re having some beers with friends, without actually drinking beer with alcohol in it.

So, Can You Buy Non-Alcohol Beer Under 21?

Yes, You Can Buy Non-Alcohol Beer Under 21.

The drinking age in North America varies from 18-21 depending on the province or state you live in.

Often, the companies that produce and sell low-alcohol or non-alcohol beer will advise retailers against selling these products to minors, but they’re sold on the regular shelves in many grocery stores, and even the low-alcohol beer with small traces of alcohol don’t have any more booze in them than a bottle of kombucha, and minors can buy kombucha as long as the alcohol content is low enough.

In some States, the rules regarding alcohol sales will vary, and that includes the guidelines in regards to selling non-alcoholic beer to people under the legal age of drinking. By the sounds of it, if it’s for sale out on the shelf of a grocery store or elsewhere, people under the legal drinking age will be able to buy it. Even if that’s not supposed to be the case, it sounds like a lot of cashiers aren’t going out of their way to ask for ID for sales of non-alcohol beer, especially beers that have absolutely 0%.

Heineken 0.0, for example, is a beer that has no alcohol content. In some cases, these beers will be sold with very low alcohol content, just a minute trace, rather than having absolutely zero. In the cases of people with drinking problems that want to avoid alcohol altogether, they shouldn’t even have a trace drop of alcohol in their non-alcohol drinks.

Why Do Some Places Restrict Sales of Non-Alcoholic Beer to Minors?

As mentioned above, the rules will vary from jurisdiction to jurisdiction, with some states and provinces being more strict than others.

It can also vary just depending on who is working at the cash register that day, some employees are more diligent about this than others.

One of the reasons that some places won’t sell non-alcoholic beer to people under 21 (or under the legal drinking age) is because they believe that it promotes the use of alcohol to minors, almost as if it glorifies it in a sense. This seems a bit strange, since the person buying the non-alcoholic beer is already opting-in to drinking the version that doesn’t have alcohol. If you make it harder for minors to buy non-alcohol beer, does that mean they’re going to be more likely to try to get their hands on real beers, if they have to jump through hurdles like finding someone to buy it for them either way?

Imagine you’re a minor and you want to try non-alcoholic beer, but you can’t buy it yourself, so you have to find someone who is an adult to pick it up for you. At that point, many people would just try to get regular beers instead, so not selling non-alcohol beer to people under the legal drinking age might actually contribute to more people below the age of majority getting their hands on alcohol.

Your best bet is to find a store nearby you that sells non-alcohol beer, and to give them a quick phone call to ask them if you have to be a certain age in order to buy it or not.