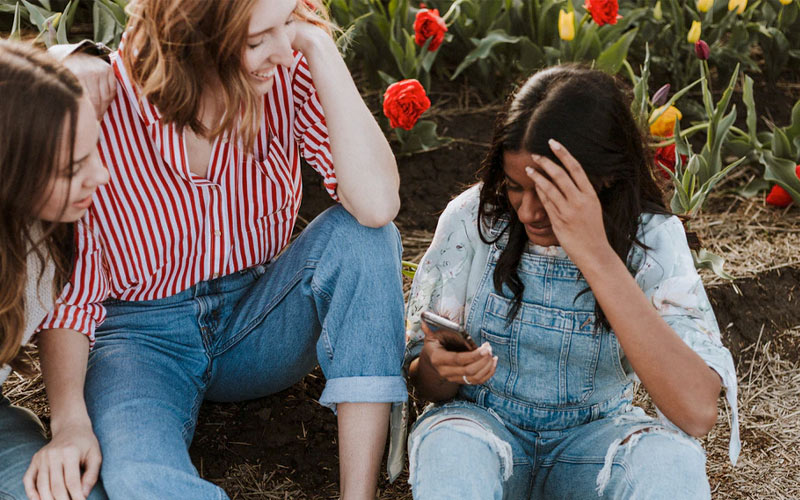 There are pros and cons to social media, and we’ll cover that in some of our other negative and positive effects of social media articles (which we’ll link you to at the bottom of this page), but for right now we’re just going to rapid-fire you some arguments of good reasons why social media is good for teens. This format is designed for teens whose parents have a very negative view of social media, who may be ignorant to social media, in order to help you convince your parents that the world won’t end if you spend a little time on social each day.

Social media can feel weird for parents, especially if your parents didn’t quite grow up with social media being a prominent part of their lives, or if they just outgrew it, or they only hold a MySpace when they were 20, or whatever else. If your parents had bad experiences on Nexopia or some other early social media site, they may not understand how ubiquitous these sites and apps have become for today’s teens.

4. Social Media Is Good For Teens If You Use It Safely

There’s always a lot of talk and pearl-clutching about the dangers of social media, and frankly, many of these concerns are valid. You need to have a certain level of caution and self-censorship about what you post on social media, especially if you’re doing it under your own name, from a young age. When your parents were growing up on the internet, everybody used anonymous names instead of their real names. These days, most teens’ social media profiles have their real name, and are filled with photos and videos of them like on Instagram or TikTok. There’s a much higher level of accountability, something ignorant that you say today could be something that you’re held accountable years from now.

Also, there are plenty of unscrupulous people on the internet that want to cause harm, to try to scam or steal from people, or who are dangerous and may try to approach a teen in real life. These are all valid concerns, albeit fairly rare if you’re careful with your passwords and you don’t give out any personal information or post about when you’re home alone on a public profile, and other obvious safety precautions to take.

If you curate your social media experience to include close friends, and you take advantage of privacy features like having a profile profile, not giving out your address or posting from right outside your house, and other things like htat to maintain a certain level of privacy, then social media really isn’t all that dangerous. The fact that everyone has it now makes it kind of like a phone book. Back in your parents’ day, there was a big book delivered to everyone’s house that had the address and home phone number of everyone else living in their city. So, compare that to a social account that you use to follow your buddies and family members, and social media actually offers a lot more privacy than what many people’s parents grew up with.

We need to acknowledge that there can be more than one way to do something, and just because the current way that teens socialize, sometimes, is different than when your parents were kids, that doesn’t mean their way is correct and your way is wrong. They may have had to call someone, talk to one person for an hour or two in the evening, write a letter to a friend in another state or country, and those longer conversations and communications that require more effort are definitely a good way to get to know someone better and to form stronger bonds, but there’s something to be said about being able to keep in touch with a lot of different people on a lighter and more superficial level. You can always spend quality time with people and keep in touch with more people on social media, it doesn’t have to be one or the other.

Forget about the idea that social media is just a waste of time, and that you can’t learn anything on social media. It’s a great place to see people expressing their opinions, which can teach you all sorts of media literacy. Have you ever had an uncle share a conspiracy meme, looked into it a bit, and realized that it was just categorically untrue? These are good skills to have. As you get older, it’s good to become exposed to different ideas, which you’ll definitely find on social media. The key is learning how to process this information, so that you can spot the nonsense and the clickbait and the manipulation that happens on social, by learning to look at news and memes alike with a critical lens.

You should always be skeptical about what you see on social media, but this is a skill that takes some practice to hone, and you’ll be missing out on that – along with all of the great information that gets shared and spread, too.

“With great power comes great responsibility,” said Spider Man’s uncle Ben, and it’s true. Social media can be incredibly informative and useful, and it can also lead people towards being wildly uninformed. Curate your experience accordingly!

1. It’s Not Inherently Good… Or Bad

Do you need any more reasons that social media is good for teens?

Rather than just saying social media is not good, let’s flip the script, saying it’s not good implies that it’s bad. If you want to make a moral claim about social media and whether or not its good for teens, the onus is on you to prove that it’s bad.

I would make the argument that it’s neutral. Social media, in and of itself, isn’t necessarily good or bad. There are good aspects to it, and bad aspects, and the user has a fair amount of control over how they use the platform and what type of content they’re curating for themselves.

Spending all day doomscrolling and feeling depressing is not a great way to spend your time, but sharing pictures of your cat with your closest friends is awesome.

That’s Why Social Media is Good for Teens

You can’t protect every teenager from the world forever. Social media may not be the most productive use of time sometimes, but who is anyone to argue that it’s a waste of time, coming from a generation that used to spend 33% of their time sitting in front of a television watching commercials?

Like anything, social media can be a good use of time, or can be a poor waste of time, it can be incredibly educational and fascinating, it can be fun, or it can be a toxic place. At the end of the day, I think social media is a net positive and it’s good for teens, adults, and even senior citizens to use.