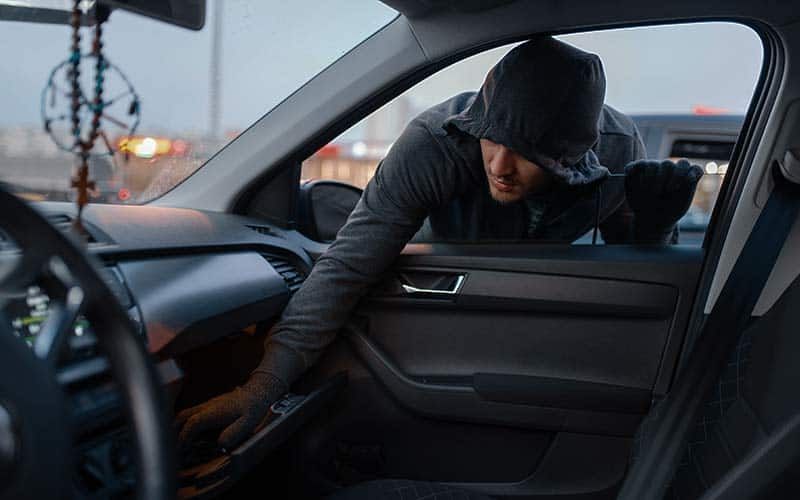 Teens and risk taking is a behavior pattern that has been observed both in a scientific context, along with just living life and observing the world around us.

Anyone who has been a teen can probably relate to being a lot more reckless than they are now, after growing up a bit more. In fact, many older teenagers will look back at their earlier teens and feel uneasy about some of the risks they took.

One example of risk-taking and teenagers is the observation that late adolescents actually drove less carefully when they had friends with them in the car.

This suggests that at least some of the risk-taking seen in teenagers is due to societal pressure, for example feeling nervous to push back against people in the group who might be into doing riskier things, and could also ostracize someone who speaks up and decides to act in a less risky way.

These days, especially compared to decades past, and certainly centuries past, teens and people of all ages are much more aware of the risks in certain activities and behaviors, so why do teens take risks?

Teenagers take risks to test boundaries, to explore their capabilities, and as part of their journey towards independence.

Sometimes, they don’t know any better, but a study we’ll reference towards the end of this post suggests that it’s not due to a lack of intelligence or ignorance per se, but it can be more of an ignorance about the consequences of the unknown.

Teenagers have more freedom than younger kids, which comes with added responsibility (Spidey’s Uncle wasn’t just blowing hot air!) As such, some teens will handle that responsibility well, and others will use the extra freedom to engage in riskier and riskier behavior and there isn’t always a voice of reason in the room that’s willing to risk the social ridicule of standing up against risky activities or behaviors.

Teaching teenagers to be their own people and to have their own sense of right or wrong is important, that’s the type of teen who is more likely to stand-up to risky behavior and to feel the confidence it takes to go their own way if things are ever getting out hand in a situation.

But some risks can be good, and healthy, and pushing certain boundaries and comfort levels is part of growing up and coming into yourself as a teenager turning into an adult. It’s a normal part of the developmental process to push boundaries from a very young age, and the teenager years are often when the individual actually has enough freedom to make some really bad (or really good) decisions.

Teens Taking Risks Can Be Good or Bad

Don’t assume that risk-taking is in inherently bad thing. There are a lot of important risks and challenges that teenagers face everyday, too.

A risk for a teen could be wearing an outfit to express themselves that veers out of what’s considered normal, so in some cases just putting on clothing can be a type of risk.

Asking someone they have a crush on to go to a dance can also feel like a huge risk for teenager, and it’s a risk that many teens will take at one point or another. Cute date ideas for teens start with one person taking the risk to ask the other person on a date.

As a parent or a caretaker, it can feel impossible to try to balance the healthier boundary-pushing of teens who are coming of age, while also putting the right rules in place to allow them to learn from their mistakes without making mistakes that will impact the rest of their life, but also to make good decisions and to learn things in a positive way as well.

See also: Is Curfew for Teens a Good Idea?

We shouldn’t assume that every risk a teen takes is going to be a mistake or a bad risk or that it’s going to mess up their life – that’s setting them up for a life of fear and anxiety where they never learn what their limits are in terms of what they’re capable of when challenging themselves.

Spending a lot of time practicing to make a sports team or to win a championship can lead to massive disappointment and feeling like the time as been wasted, especially for people who don’t have ambitions in sports beyond their high school team, but teens can learn a ton of lessons along the way.

Even if you could know the outcome of a season isn’t a championship, it’s still worth taking the risk since the journey itself is a valuable lesson in discipline and goal-setting.

The same is true for academic endeavors, arts and hobbies, and eventually a career. To excel in any field, there’s a certain amount of calculated risks that teens will need to learn to be comfortable with.

It should go without saying, however, that this rosy outlook on teenagers taking risks absolutely doesn’t apply to all situations.

Going to a party filled with strangers and getting wasted when nobody knows where you are and you don’t have a safe way home is a very risky thing for a teenager to do, it’s a lot different than going into an advanced placement course to take the chance of getting a head start academically.

There are a lot of situations in between where the risk/reward isn’t as clear, and that’s the type of thing people (including teenagers and most adults) can benefit greatly by contemplating.

Sometimes, teens might not even know they’re engaging in risky behavior or risky situations, which is where knowledge and experience can come into play, and is a good example of how the teenage brain can trick people into doing some very risky things.

How To Handle Risky Behavior in Teenagers

The website RaisingChildren.net.au, an Australian parenting website, explains that taking risks is part of growing up and it’s how children and teens will explore their limits and tent their abilities.

One of the best ways to handle this type of risky behavior from teenagers is to encourage them to engage in safe risk-taking.

This same website recommends helping teenagers to channel their need to take risks and seek thrills into a more structured activity, like rock-climbing or martial arts. Some teenagers will find the rush they need from performance arts, drama, creative arts, etc.

Communicating With Teenagers Who Are Taking Risks

Talking and communicating to teens who are engaging in risky behavior is crucial. A conversation, not a lecture, can help you to understand why they’re doing those things.

Work through it with them, go into the conversation with the earnest desire to understand them better, and they might surprise you with their willingness to think about it and understand it themselves – because guess what – it’s entirely possible that this isn’t a conscious thing they’re doing.

Teens might not even realize they’re engaging in risky behavior, or it could shine a light on something else that’s troubling them that they haven’t connected the dots with yet.

Negotiating Rules and Boundaries With Teenagers

As a teenager gets older, they’re going to want to test and break the rules you set and more, at least this is what happens to a lot of teenagers. As such, there’s a point where you should involve them in the process of creating rules and negotiating them.

They’ll have more respect for practical rules that they helped come up with, especially when the rules make sense to them.

You can always try to rule the home with an iron fist, but at a certain point, that can just lead to pushing them away, towards riskier behavior, without the same support system and safety net that comes from a stable home.

Sometimes, that’s good for a teenager, to head out on their own and start their life in their late teenage years, but sometimes it’s a risk they’ll end up regretting.

As a parent or a caretaker, you’re going to face all sorts of challenges – in fact – if you’re caring for a teenager, this news is coming over a decade too late, you already know it’s challenging. Let’s take just a quick moment to pat you on the back for taking the time to research this at all, being someone who takes the time to do some research on an important topic like teens and risk-taking puts you in a special class of people, and this info alone already suggests that you’re doing a great job, even if it feels really difficult sometimes, you’re going above and beyond and that’s something any teenager is lucky to have in their life.

When Is It Good For Teenagers to Take Risks?

Berkeley has a great article by Jill Suttie from a few years ago that discusses how teenagers taking risks doesn’t always have to be a bad or dangerous or forbidden activity in order to unlock a dopamine rush, and that in fact, teenagers can get a dopamine rush from taking positive risks, too.

Teens take risks. Some will do drugs, drink to excess, shoplift, and worse—activities that studies show are associated with problems later in life, including depression and anxiety.
But risk-taking is part of growing up, too, helping teens to develop independence and identities—to start becoming adults. Risks help them to find out what they can do, and to gain insight into the meaning of their lives.

Finally, here’s an overview of a study that shows that teens are more likely to take risks. This article by MedicalNewsToday discusses why teens take risks, to offer some additional insights on this topic, based on research.

It’s easy for us to look at the world around us, observe teenagers we know or to look at our own lives and minds from when we were teenagers and to come up with ideas and conclusions about why teenagers take risks, but looking at it through a scientific lens can give us a more concrete understanding, especially when it ties into what we’re able to observe and recognize on our own.

“Young organisms need to be open to the unknown in order to gain information about their world. From a policy perspective it means that informing adolescents as much as possible about the likelihoods for the costs and benefits of risky behaviors may effectively reduce their engagement in such behaviors.”

Closing Thoughts On Why Do Teens Take Risks:

Why do teens take risks? There are a lot of reasons. Sometimes, it’s important to step back and let them engage in somewhat risky behavior, especially when the stakes aren’t very high and there’s the opportunity to learn from a mistake.

In other situations, a parent, a caregiver, or a friend needs to step in if the risky behavior becomes self-destructive or where the downsides are just too high to justify the risk.

Why do teens take risks? It depends on the teen, but it’s a normal part of growing up, as long as it’s kept within reason.