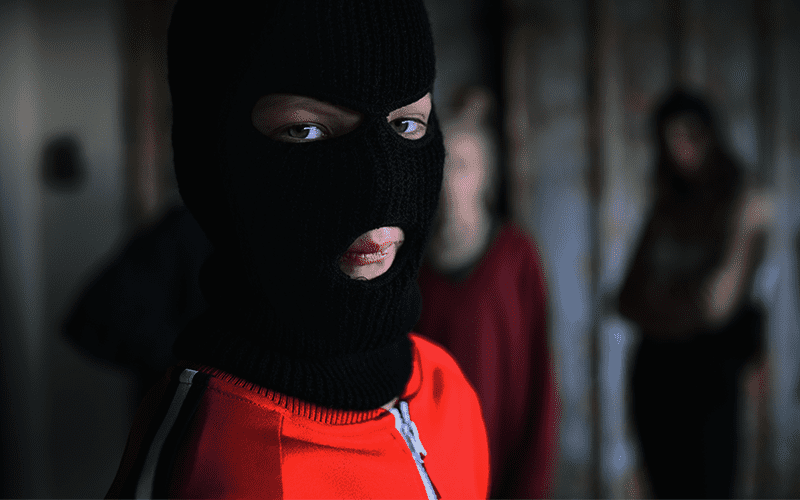 Sometimes, you’ll see stories on the news about child soldiers in a far away country and you’ll feel sad about it which is a very normal response to something that’s so sad and tragic.

Do you have this same energy when you hear about kids or teenagers joining gangs in your city? Granted, these situations aren’t exactly the same so it’s not a 1:1 comparison, but both situations are sad and tragic.

Teens join gangs for a variety of different reasons. There’s some overlap, and stories that we’ll see play out over and over, but one individual teenager’s reason for joining a gang could be totally different than the other kids in their gang.

There are some very rough neighborhoods across America.

Neighborhoods where you aren’t really safe unless you have someone watching your back. You can get bullied, picked on, pushed around from a young age, but having your boys who can watch your back can feel like a necessity of survival.

When people get pushed to the fringes of society and the law, they’re going to do fringe-like things.

A Sense of Community and Belonging

One of the reasons that teens join gangs is because they lack a sense of community or feeling like they belong.

In some neighborhoods, the gangs have a reputation of helping out locals, distributing turkeys at thanksgiving, helping out in different ways, so the perspective from somebody inside that world is a lot different than people looking in from outside.

That doesn’t mean it’s good to rely on gangs for these types of things, but it’s important to try to understand how it goes.

They Don’t Recognize Other Options

In some communities where gangs are prevalent, there’s a sense that this is one of the only ways to survive. There aren’t great educational opportunities, there aren’t always great role models, and maybe gang members even helped them out as they were growing up.

It can be enticing to seek out a gang when one feels as if they don’t have a lot of other options or choices in their life.

If a young father is involved in the gang life, he’s at a higher risk of going to jail or passing away and that leaves his kids without a positive role model. Even when he is around, he’s probably not the best role model.

Women and mothers can also become involved in the gang life, and for many kids this is what they grow up with, so as teens it just feels like the gang life is their path – it’s all they’ve ever seen growing up.

In some cases, even teenagers from more affluent families might seek out a gang or form one with their friends. They’ve been brought up to think there’s something cool or exciting about being in a gang. These are usually teens who may have other opportunities, but they’re drawn to this as an aesthetic, and probably won’t get as deep into it as people who don’t feel like they have any other choices.

Some communities are wildly undeserved by mental health care and all sorts of learning disabilities, intellectual issues, behavior issues and more can go completely ignored and untreated during the years where it’s important to take care of those types of things.

They may lack resources or the know-how, or there may be a stigma around mental health and seeking help.

Someone who struggles to keep up with their classmates is going to be more prone to seek out other options in their teen years, and anger management issues in teens can get someone into trouble which can start them down the path of crime.

Other Reasons Why Teens Join Gangs

You can do everything right as a parent and still have to face external influences that can lead your teenager down the wrong path.

It’s important to keep communication open and to ensure that your teen knows they can talk to you if they’re ever getting into trouble. Sometimes, getting that support early on can prevent a few mistakes into spiraling into something a lot more serious.

In a comment to Slate, one former gang member and community activist said he “needed that street love,” which is a comment that’s pretty sad to imagine – children who feel like they aren’t getting love from their families or from society will turn to the streets for love and validation.

If you really want to know why teens join gangs, just listen to them. Sometimes, teens will speak without using words. Pay attention, be there for them, give them love so they don’t have to find it on the streets.