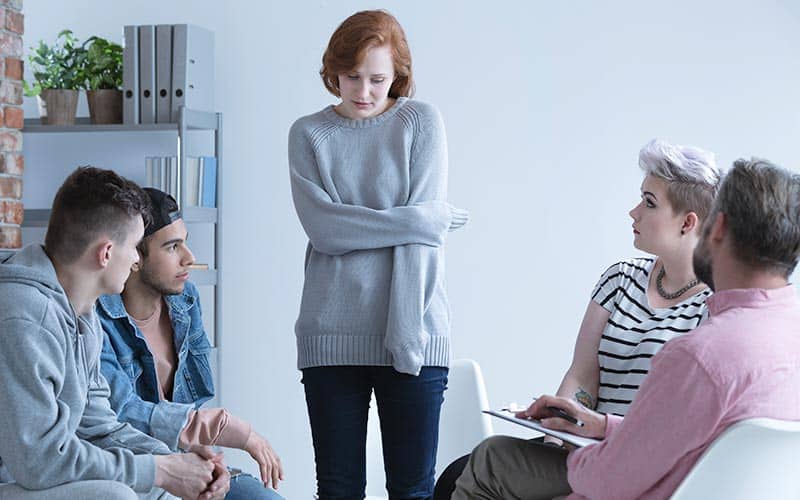 If you’re searching for “why do teens curt themselves?” or a similar question, it’s safe to assume that you may have noticed those tell-tale red lines on the wrist, legs, stomach, or somewhere else on the body of somebody that you care about.

It’s possible that you’re also cutting, or thinking about cutting, and you’re trying to understand it better.

People may have all sorts of preconceptions or ideas about why teens cut themselves, but it’s better to listen to people who have dealt with this, along with experts who have studied it and worked with teens in crisis for many, many years.

So, let’s start with a video from a reputable hospital in America, and then we’ll go over some more important information.

Here’s a helpful video from the St. Louis Children’s Hospital

The following video is called “Why Do Teens Cut Themselves”. This video is age-restricted, so you might need to click through to watch it on YouTube instead of being able to watch the embedded version below.

Why do Teenagers Cut?

“Cutting”, the act of using a sharp object to cut one’s skin, is not a new practice. It’s more common among teenage people, but there are kids who cut, there are adults who cut, and understand why people do this is important if you want to help them, or help direct them towards the help they need.

How Many Teens Cut Themselves? How Common is Cutting?

There are different ways that teenagers may engage in different forms of self-harm, and studies have suggested that it could be upwards of 15% or even 20% of teens that engage in harming themselves physically.

Other Forms of Self Harm

Beyond cutting, other forms of self-harm among teens can include:

It can be a lot more than only cutting, but cutting is one that we’ll hear about a lot. It can also manifest itself in various types of substance abuse.

Why Do Teenagers Cut Themselves?

It can signify that someone is going through a difficult time, and doesn’t know any better ways to cope with it other than taking out their feelings and frustrations on themselves and their own body.

Some teens describe this as giving them a sense of control when they feel like they have no control in their lives. It gives them a way to control how they feel, even if it means inflicting painful feelings onto themselves.

This doesn’t mean that people who cut or harm themselves aren’t doing it as a way to explore ideations of ending their lives or to reach out for help. If you, or a teenager you care about, is having trouble please reach out to the National Suicide Prevention Lifeline at 1-800-273-8255.

Taking Steps To Help a Teen Who Cuts Themselves

If you notice those tell-tale red lines on the wrist or somewhere else on the body of somebody you care about, it can feel very jarring at first. You might want to react very strongly and emotionally, but it’s a better idea to take some time to learn and understand what’s happening – and you’re already doing that right now – so you’re doing the right thing and you’re on the right track.

What can you do? Talk to them! Ask them how they’re doing, try to understand them by listening to them. There may be things they, too, don’t understand about their actions of behaviors and that’s okay, too.

You might want to consider looking into finding them a councilor or a therapist or somebody they can talk to about these feelings that is trained in how to guide that type of conversation in the most productive way possible.

There are also many signs of depression in teens.

Final Thoughts on Why Teens Cut Themselves:

Teens cut themselves for different reasons, but it’s always something that should be taken seriously and something they should feel safe to talk about, and not judged.

As someone in their life, you can help them in various ways, often by introducing them to the resources and coping skills for teens that can help them feel better, or at least to deal with things in a healthier way.

Is it just a phrase that will pass? For many teenagers, this is something they will grow out of as they get older, but that’s not always the case, and that’s why it’s so crucial to help them learn better, healthier ways of processing their emotions and feelings and dealing with things in life.

If you’re reading this and looking to help someone else in your life, just remember this stuff is never easy. Don’t be hard on yourself. Do your best, come at it with the goal of helping someone, put in the effort, and you’ll do great. It’s a process, and you’re doing the right thing.