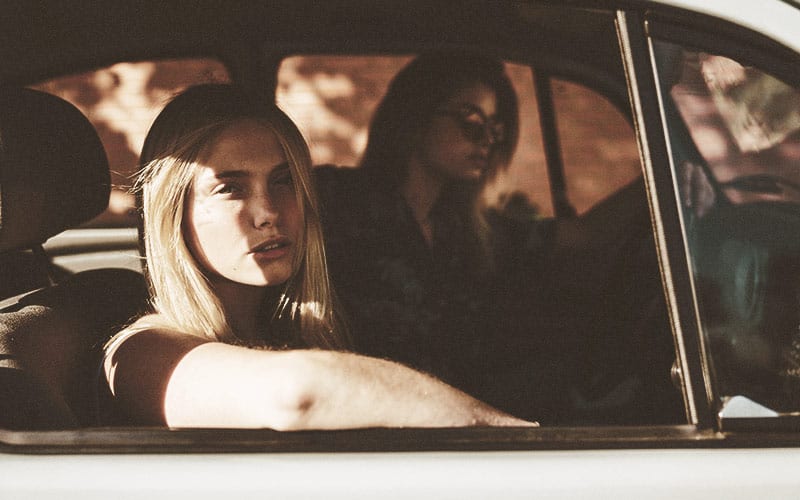 The teenage years lead to all sorts of new privileges, and one of the most exciting ones is finally getting a driver’s license.

With graduated licensing, a teenager will start with their beginner’s permit which has many limitations including only being able to drive with somebody in the car that holds their full license, not being able to have multiple passengers after a certain time of night, and more.

The specifics can vary from state to state in the USA, or from province to province in Canada, and the same goes for elsewhere in the world, but here’s the general overview on how it works and when teens can drive their friends.

Keep in mind that the exact specifics can vary, as different places will have slightly different rules and timelines for new drivers, but here’s a look at how things work in a handful of places to give you a good starting point.

As a parent, it can be terrifying to know that your teenager is going to be able to drive around by themselves or with friends, but hopefully the restrictions on new drivers can help put you at ease, at least for now.

When Can Teenagers Drive Their Friends?

These laws vary from state to state as a few states permit teenagers with a provisional license to have one or two friends in the car. There’s a catch though, they’re not permitted to move around during the hours of 11 p.m. to 4 a.m. in most states. Exceptions are provided if the driver’s parent or guardian is present in the vehicle.

If your teen disobeys or drives their friends before they’re allowed to, the punishments may include:

In Colorado, Arkansas, and California, teenagers can get their full drivers license at age 18.

In New York, the state law only allows one passenger under the age of 21 to ride with a junior licensed driver. So your teen can’t ride with more than one teenage friend at a time unless a parent or driving instructor is in the vehicle.

Teenagers have a high risk of getting into a fatal crash during their first 6 to 12 months of driving. That’s why there’s always a limit on the number and age of passengers they can drive for that period.

Safety experts advise that your teen shouldn’t drive other teens unsupervised for their first 12 months. The more teens in the vehicle, the higher the risk of your teen getting into a crash. In most cases, these accidents are fatal.

What can I do to help my teen drive safely?

As a parent or guardian, you should set rules and limit your teen’s driving privileges to ensure that they don’t go overboard. Teens with parents who have strict rules about driving other teens and driving at night are less likely to drive unsafely.

For the first 12 months, draft a written contract between you and your teen to keep them safe. This contract should contain driving restrictions, specific driving rules and the punishments for breaking each rule. You can print a parent/teen driving agreement on the American Academy of Pediatrics website.

After monitoring your teen’s progress for the first 6 to 12 months, you can start expanding their privileges one at a time. Your teen may be anxious to start driving their friends so you have to teach them how to drive safely and limit their number of passengers.

If your teen doesn’t crash the car in the first 12 months, you can allow night driving and a few more privileges. Ride with your teen often so that you can identify their lapses and correct them.

Always remember that you’re a role model to your teens so they’ll most likely adopt your driving behaviors. Be a good example to them by always buckling up, avoiding distractions, and obeying every speed limit.

Should Teenagers Be Able to Drive Their Friends?

If someone gets their learner’s license and passes their road test as early as it’s allowed in their area, they will still be a teenager by the time they’re able to drive around with friends in the car. Do you agree that they should be able to, or do you think people should have to wait until they’re older?

Since younger people are often responsible for accidents, some would argue that it should take a bit longer until they’re able to cruise around alone or with friends, but it’s important to remember that many teens work, they pay taxes, teens can vote, and they can save up for to buy their first cars. With all of those things in mind, they should obviously be allowed to drive, too.

Still, it’s important to help teenagers understand what a monumental responsibility it is for them to be able to drive around with their friends.