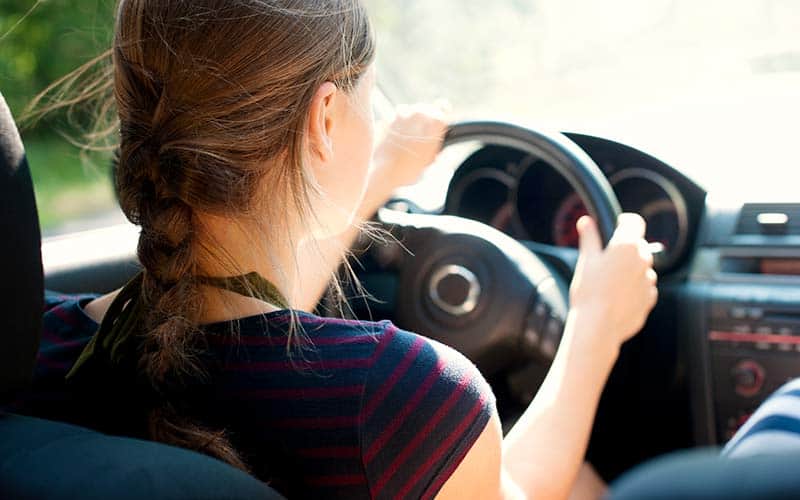 The age at which a teenager can start driving a car will vary from state to state, and especially by country around the world. Today, we’re looking primarily at the driving age in the United States of America, along with offering some resources to help you look into your local laws regarding learners permits and driving licenses for teenagers.

Some people who grew up in rural areas will tell stories about driving long before the ages in the following table, but generally speaking, here’s when a teenager can start driving based on which State they’re living in.

Different States have their own rules about when a teenager can take a test for their learner’s permit, which will allow them to drive around with a passenger in the car, for example this gives them ability to drive a car in order to get driving lessons from a family member or a driving instructor.

The rules for a restricted driver’s license will also vary by State, but it’s usually a type of probationary period during which the new drivers will have to be on their very best behavior. This is a time that can help build strong driving habits, as admittedly many adults won’t give the same level of care to their driving after having a license for a few decades some people start to slack off on some of the fundamentals.

In many States, you can earn your full driver’s license a few months after getting your restricted license. Regardless of your age, a certain amount of time will need to pass between the various driver’s license stages, so it’s possible that a driver coule be older than the ages listed below before having their full license, it just depends when their birthday is and when they started the process.

When Teenagers Can Start Driving (by State): How Old Do You Have to be to Drive?

Additional Questions About When Teenagers Can Drive in America

Can you take your permit test at 14?

That depends where you live! There are a handful of states in the table above where you can get your learner’s permit at the age of 14, and in South Dakota you can even get your restricted license at that same age.

Can you drive alone with a permit in California?

In California, you can get your full license at the age of 17, which means that you’ll have a lot more freedom compared to the strict limitations of someone who just has their learner’s permit.

What is the legal driving age in Indiana?

In Indiana, you can get your learner’s permit at the age of 15. You can get your restricted license at 16, and your full driver’s license at 18 years of age, assuming you pass the necessary tests and requirements in addition to age.

What’s the driving age in Montana?

Driving age in Montana is 14 years old for a learner’s, 15 for a partial license, and 16 for a full driver’s license.

You can find information about the driving age for teenagers in the rest of the United States of America in the helpful table above.

When Should Teens Drive?

It’s believed that an individuals brain is still forming and developing until the mid twenties, but you would have an impossible time trying to raise the driving age to 25.

So, we’re already letting people drive before they’ve reached their full level of development, and they’ve learned more about the consequences of dangerous behavior and are less likely to take risks (See also: Why do teens take risks?)

There are some 15 and 16 year olds who are able to act more mature than many 25 and even 30 year olds, so part of what goes into these decisions on a policy level is to include as many responsible teenagers as possible into the basket of who can get their license, without being such a young age that you’re getting too many people who aren’t developed or responsible enough to handle driving a car safety.

For various reasons, that balance landed somewhere around 14, 15, 16, 17, and 18 years old in regards to getting various different levels of a driver’s permit and full license, depending on the state.

In your opinion, when should teens drive? Are the current ages good, or should they be higher or lower? Do you think there should be a longer probationary period before getting a full license, a shorter wait time, stricter tests?

If you’re passionate about this, you can look into which organizations are responsible for setting these ages in your local area, and you could see if there is popular support to adjust the ages. Generally speaking, people are used to these ages and tend to be okay with them, but if you think you have some data or information that would support changing the ages at which teens can drive, it’s worth looking into!

Final Thoughts about When A Teenager Can Start Driving

You came here wondering when can a teenager start driving? Hopefully, the helpful information table and the rest of the info on this page has proved to be helpful in addressing y our query.

If you’re getting ready to take a written test for your learner’s permit, or to take a road test to get a full license, make sure you spend the time studying the material and just try to be relaxed and calm. Practice, maintain your composure, and realize that if you need to take the test again it’s not the end of the world. You’ve got this!