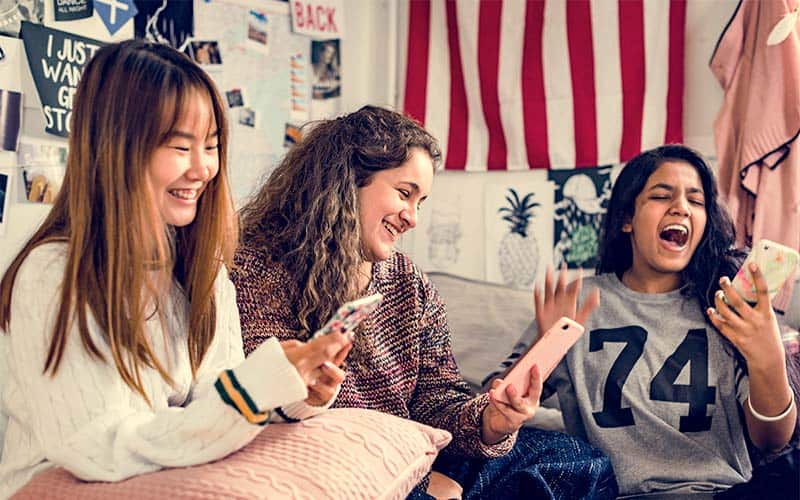 What’s the point of playing sleepover games for teenagers if they’re not even fun? I’ll be honest, I’ve been reading through a lot of different articles that claim to have the best sleepover games, but in reality most of them sound like they were written by somebody who hasn’t had a sleepover, or fun, since the 1950’s. Sorry, not sorry.

Anyways, this inspired me to put together my own list of fun sleepover games that you and your friends will actually want to play.

The best sleepover games for teens have to be fun, easy to setup/play, not requiring any special or expensive accessories, and most importantly they have to be more fun than just sitting around talking or playing on our phones (but sometimes, that can be fun too!)

What’s the point of putting together sleepover activities for teens if they’re not fun, and nobody really wants to play them? It’s a good idea to put together some games and activities when you’re hosting a sleepover, or even if you’re attending one, but wouldn’t it be better to have some ideas of fun things to do at a sleepover for teens?

That’s why I’ve put together this list of things to do at a teenager sleepover, I hope you’ll agree with me about them!

How to play the Truth or Dare sleepover game

Trust or Dare is an absolute classic game that can be very fun, kind of embarrassing at times, and a great way to get people out of their comfort zone but it’s important to have a way out, so that people aren’t stuck doing anything they really don’t want to do.

Some people have had borderline traumatic experiences playing Truth or Dare when they really don’t want to do a dare or tell the truth about something, and then they get ridiculed or bullied by the group, and that’s something you should really aim to avoid.

2. Have a Teenage Scavenger Hunt

How long does it take: It depends on how many challenges are in your hunt

How to prepare a sleepover scavenger hunt

Putting together a little scavenger hunt for teenagers can be super fun! You can choose all sorts of different challenge for it, for example taking a photo of a flying bug in the yard, or posing next to a basketball hoop in the neighborhood, or doing a hand-stand or whatever else you can think of.

Try to make sure these are all things that everyone in the group will be comfortable doing, or pair-up in groups of two so that one person who can’t do – for example a handstand – doesn’t feel like they’re losing the game for themselves or their team.

This little bit of consideration when planning your activities can help ensure that everyone has a great time. It’s a sleepover for teenagers, it’s not boot camp or The Hunger Games, so just have a good time and don’t take it too seriously, and make sure everyone else is having fun, too.

How to play Spin the Nail Polish

This is a fun little game that you can play in the background while sitting around a table and talking, enjoying some snacks, or even watching TV. I’ve adapted this version of the game from the original a little bit, because in the original version you need a special spinner from a board game, but for my version all you need is the nail polish.

Everyone can bring their favorite color of nail polish, or just whatever you have laying around. Simply put, you’ll sit in a circle with your friends and you’ll spin one of the bottles. Whoever the bottle of nail polish is pointing towards when it stops spinning (or whoever it’s closest to, if it lands in between two people) has to paint their nails with that color.

You could have them paint all of their nails in that color, or just one nail. If you do one nail at a time, everyone will end up with their own unique combination of colors. Once a certain color has been used, you can take it out of the rotation and not spin it again, or you can cycle through each color and spin each bottle multiple times.

It’s just a silly and fun way to paint your nails, and it takes about forty-five minutes depending on how many people are painting their nails, if you’re doing one nail at a time, and so on. Out of all the fun things to do for girls at a sleepover, make-up is one of the classics, and it’s even pretty common to see guys wearing nail polish now so this one’s for everybody!

How long does it take: 30 minutes

How to play Would You Rather

Would you Rather is one the funniest sleepover games for girls and boys. If you have that one friend who just loves to think of the most crude situations to make everyone laugh, they’re going to shine at this game.

How it works is that you pick two scenarios and then everyone discusses which of those two they would prefer. It could have to do with eating certain gross foods and which one wouldn’t be as bad, or it could be about different experiences, or just about anything else you can imagine.

There are also some less-than-wholesome would you rather questions, but I’ll leave those up to you to come up with with your friends. The inappropriate ones can be the most fun, as long as everyone in the group is comfortable with that.

How long does it take: 30 minutes

How to play Sardines

This is a variation of hide and seek. Hide and seek might feel a little played out, especially once you’re a teenager, but the rules of Sardines makes it feel pretty fresh and fun again.

This game will only work in certain types of environments, for example if someone has a large property or with a lot of hiding places that can hold more than one or two people.

Sardines is like hide and go seek in reverse. Instead of everybody hiding and one person looking for them, in Sardines only one person hides.

So, everyone covers their ears and closes their eyes except for one person, and this one person runs off to hide somewhere.

The interesting strategy here is that as the person hiding, you want to find a hiding spot with enough room so that you aren’t spending a lot of time crushed in a small spot with multiple people, and a spot that has enough room for everyone to hide themselves but on the other hand, if you pick a larger hiding spot, you won’t be as well hidden.

What Are The Best Sleepover Games?

The first five games are ones that I think are a lot of fun, but I don’t have the same idea of fun as everyone else does, so I figured I should add a few more games for teenage sleepover here that seem to be widely enjoyed by other people, so here are some more games to play at a sleepover…

More Things to do at a Teenage Sleepover

Have Fun With These Sleepover Games for Teenagers!

Hopefully, you’ve found some fun ideas on this list that we’ve put together. The most important part is spending time with your friends and having a great night, and these sleepover games for teenagers are there to make that happen.