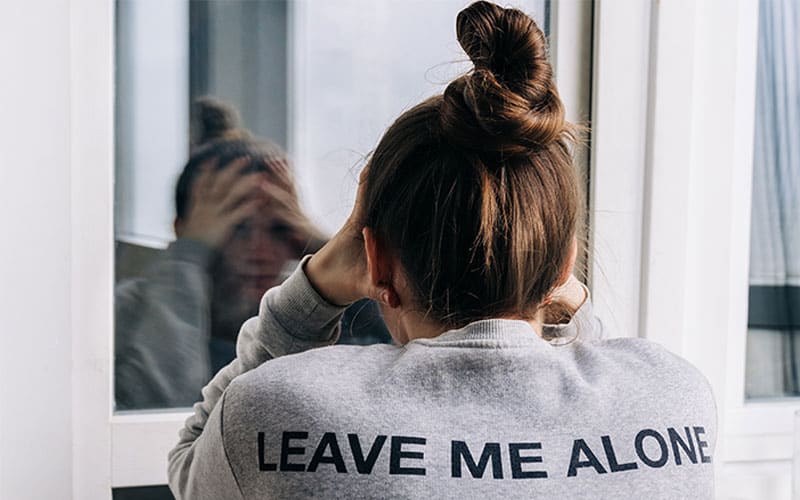 If you’ve started to notice signs of depression in teenagers, it can be tempting to write it off as “just a phrase”, but that’s doing a huge disservice to a teen who is suffering. Depression can look a bit different in different people, some will get it a lot more severe than others, but we’re not here to gatekeep anyone nor are we here to diagnose anybody. It’s important to speak to a mental health professional, they are very familiar with depression as it’s very common.

If you or someone you care about are struggling with depression then it’s important to realize that there is help, and things can get better. Here are some resources:

In some cases, a teenager could be going through an angsty phase or keeping to themselves more, and it could just be a normal part of development, but it’s important to tackle these challenges head-on.

Sometimes, that’s as simple as letting a depressed teenager know that you’re there for them, and gently guiding them towards treating it. Sometimes, it requires more of an intervention. In any case, here are some widely-recognized signs of depression in teenagers, but remember: the best advice will come from a professional who can actually talk to the teen.

Symptoms of Depression in Teenagers to Watch For

Becoming withdrawn: A sign of depression in teens is to slowly become more and more withdrawn, keeping to themselves. This can often go unrecognized since it’s kind of normal for teens to want their own space and to start wanting more independence, but it’s a bit different when they’re starting to withdraw from their family, friends, and things they used to care about more.

Abusing substances: There’s a certain level of experimentation that isn’t uncommon in teenagers when it comes to substances, but it’s still a sign for concern, especially if they are using substances to cope with things, for example, to cope with their depression. Teenagers can keep the signs of substance abuse very well hidden sometimes, but their friends will probably have a better idea of what’s going on. If you know that a friend of yours is a struggle with substance abuse and things are getting out of hand, there are a number of hotlines for teenagers that you can call for support, and you should also talk to them and their families to get them the support they need.

Low self-esteem: This can be a sign that someone is feeling pretty down about themselves, which is something you’ll also see with depression. That’s not to say that people with high self-esteem or a lot of confidence don’t also deal with depression, so that’s why its important to use these notes as clues but not as a diagnosis or a concrete answer one way or the other, it’s most important to be evaluated by a professional who can help identify what a teenager is dealing with and can create a plan for treating it.

Less energy: Depression affects the mind, but it can also take a physical toll, too. Someone who is dealing with depression may feel a lack of energy, like doing simple things becomes more and more challenging. It can be tied to a lack of motivation, but that could imply that the depressed individual doesn’t want to do things when in many cases, they want to but they just don’t feel like they can. Having no energy to do things doesn’t mean that you’re lazy or unmotivated, but it is possible to lose motivation when you’re depressed, too.

Changes to sleep habits: As teens get older and no longer have a set “bedtime” like when they were kids, especially during the summer months while on vacation, it can be fun to stay up really late and to sleep in. This doesn’t always mean a teenager is depressed, but it can help paint the picture of a larger pattern. Changes to sleep habits can be a sign of anxiety and depression among teens.

Self-destructive behavior: If a teenager is self-sabotaging themselves or partaking in self-destructive behavior, it can be a sign that they’re struggling with depression. Besides ignoring opportunities or sabotaging themselves in school and so on, physical self-harm to their bodies is a very clear sign of depression and that they’re suffering mentally.

What Happens After Recognizing the Signs of Depression in Teenagers?

If you’re seeing these signs in yourself, a friend, or a loved one then it’s possible the suffering and depression have been going on for longer than that. People don’t always notice the signs of depression in teenagers right away, sometimes it can be going on for quite a while before anyone realizes it. When these signs start to show themselves, there are resources that can help, including online support groups and local programs that will vary based on where you live.

Depression in teens and pre-teens via RaisingChildren.net.au

Depression in teenagers via HealthLinksBC