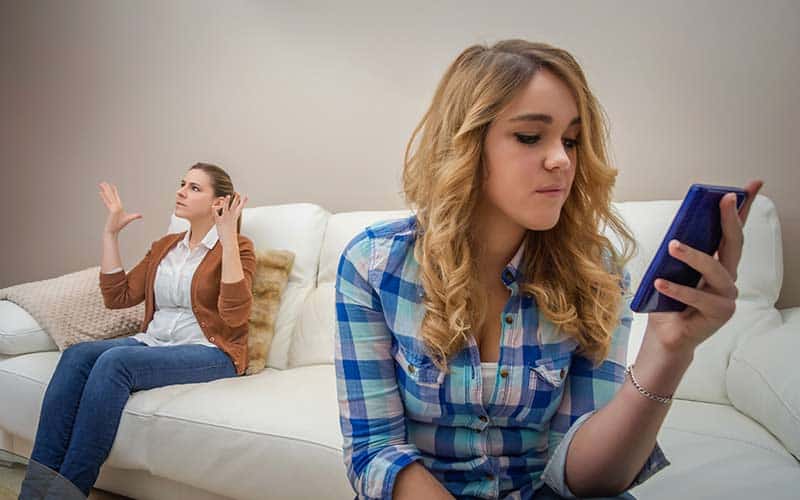 Discipline for teens can be a tricky road to navigate. You want to correct bad, harmful behaviors, but you don’t want to create a dynamic where they see you as an enemy or shut you out entirely. Trying to balance these things has been a challenge for every parent. Some parents opt to be best friends with their teens, which isn’t healthy, either. You want to be close, but still in a position to teach them and to provide adequate punishments for teenagers when necessary.

If it seems like your teen is often reacting very angrily and has trouble controlling this, consider anger management for teenagers. If your teen is generally fairly well-tempered, and you’re just looking for ideas of how to offer reasonable punishments for teens that will help them see that their behaviors isn’t acceptable, here are some ideas.

Not every bad behavior is equal, and not every bad thing your teenager does requires the same level of scrutiny. Sometimes, it’s okay to just let something slide, especially if they know they made a mistake.

If their behavior has the potential to cause harm to themselves, another family member, or anyone else, to animals (like if they aren’t doing their responsibilities to take care of the family pet, for example), or if they are/could be damaging property, these are behaviors that need to be corrected.

But minor things will usually sort themselves out, and sometimes it can be best to just ignore them instead of making a huge deal out of it and creating barriers between you and your teenager. They’re going to act up sometimes, they’re going to be a bit rude sometimes, but it’s good to pick your battles so that you have something left when there’s more serious behavior that needs to be addressed.

There are also behaviors or actions that you won’t need to address at all, not because they aren’t worthy of being corrected, but because the natural consequences should help to teach your teenager a lesson, and sometimes, people need to learn these things on their own.

Of course, there are times where you should step in as a parent to ensure that the consequences aren’t so severe that they really harm the teenager or their future. You can’t just step aside and let the law take care of everything because certain consequences for teenagers are going to be disproportionate to what they’ve done, and that’s where you need to come in and teach them lessons.

But a good example of natural consequences is if your teenager isn’t doing their homework on time, and they lose marks and fail a class and have to take it again. This isn’t the end of the world, they can make it up, but having to do a class over or to take summer school classes could give them the kick in the butt that they need to adjust themselves moving forward.

You need to be careful with this because sometimes it’s a sign of a bigger problem, for example starting to slack in school can be one of the signs of depression in teenagers. If you just ignore this to let the natural consequences take over, you’ll have a teenager who is struggling and not getting the help they need. This is why parenting can be so difficult, so do your best, don’t be too hard on yourself!

Teenagers are more likely to accept punishment if it makes sense to them. If you’re punishing them in a way that doesn’t make sense to them and they can’t relate to the behavior they’ve done, it just won’t be as effective.

If a teenager is using too much screen time, for example, it doesn’t really make sense to punish them by taking away their car privileges. Instead, you could create a limit on screen time and if they use too much time on a given day, reduce their screen time on another day. This is an example of a simple punishment for something that isn’t a major infraction but still isn’t an ideal thing for them to be doing all the time.

You can add new responsibilities when a teenager breaks the rules or does something wrong, or you can take away privileges. Depending on what they did, this should help dictate when your punishment is.

1. Offer Opportunities to Make it Right

If your kid breaks a window because they were being reckless while playing with a baseball or a golf ball, this isn’t the same as if they run-up to a window and smash it with a hammer on purpose. The result is the same, a broken window, but the actions leading up to it are very different.

As such, the punishments for teenagers should probably reflect this.

Creating a situation where they feel they are irredeemable and there’s no way to even attempt to make up for their mistake is just not a great lesson to try to teach. While it’s true that you can’t always undo damage or harm caused by reckless actions, that doesn’t mean you want to teach punishments for teenagers that don’t even encourage them to try.

If you’re a parent, you can try to think about the types of punishments or lessons that really got through to you when you were younger, and start there. Remember, it’s about teaching them – and different moments and actions and behaviours will call for different types of teaching and different types of lessons. It can be very difficult to be a teenager, but it can also be very difficult to be a parent who is trying to do the best they can for their kid. Discipline for teenagers, toddlers, adults, kids… it’s been something that people have struggled with forever. At the end of the day, I hope that this information about punishments for teenagers has helped you to gain some insights and come up with a plan for how you’ll handle these types of situations in your own life.