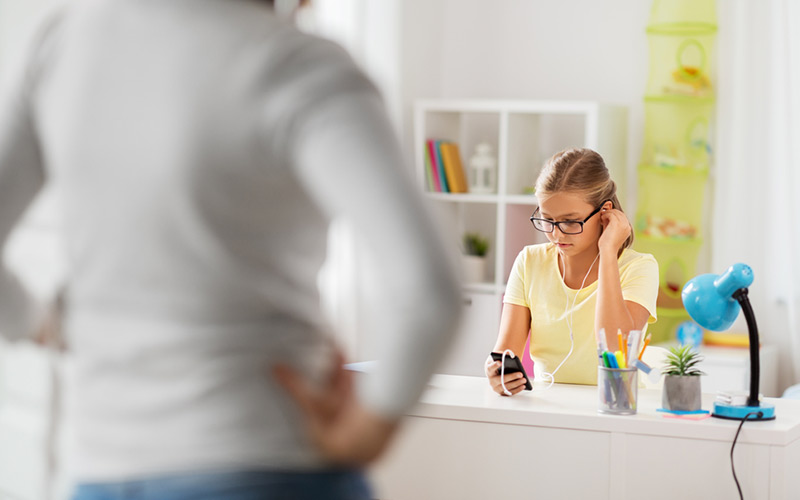 Motivating Your Teen to Help Tidy and Clean Around the House

Encouraging your teenager to help with cleaning and chores can feel like pulling teeth, especially if you haven’t expected them to help before.

When you factor in your teenager’s growing independence and defiant nature, it might even feel downright impossible. Luckily, there is hope and you can teach your teenager how to contribute to the household chores.

Chores are important for teaching your teenager responsibility and how to co-exist with roommates or a significant other, so it’s important you stand your ground. However, you can make it easier on yourself and your teenager by reducing the amount of nagging and following these simple tips.

1. Be a good example

You can’t expect your teenager to help with chores if you haven’t been the best at keeping up with them yourself. Ideally, you would be teaching your children through example at a young age, but it’s never too late to start. If you want your teenager to keep their room clean or rinse their dishes after eating, then you need to ensure that you are doing the same.

Instead of telling your teenager a vague command like “clean your room” try making an easy to understand list that outlines each step:

When you outline each step like this, messy projects are less overwhelming, and your teenager will know exactly what you want them to do.

3. Give Them the Tools They Need

Having quality cleaning tools handy can help mitigate a lot of the resistance to cleaning. If you have a giant, heavy, difficult to use vacuum with a tattered old cord it creates a lot of resistance for vacuuming, for instance. On the other hand, if you’ve got the best Shark vacuum sitting in your closet, it’s just a matter of them grabbing it and getting to work.

The same goes for cleaning supplies, and whatever other tools or equipment are necessary to get the task done.

4. Work with your teenager

Instead of telling your teenager what to do or when to do it, come up with a plan together.

For example, if your teenager doesn’t mind vacuuming but they hate washing dishes, make vacuuming their weekly job. If telling them when to have the cleaning done doesn’t work, try telling them they can get it done when they want but they can’t use their phone or other privileges until it’s been completed.

This will help your teenager with learning self-discipline and give them a sense of control over the task.

You might remember logical consequences (instead of “punishments”) from when your teenager was younger, but they are just as effective for older people, too!

To avoid acting out of frustration, decide on a few logical consequences before talking to your teenager.

Some logical consequences that could work for a teenager who doesn’t want to help clean are: taking their phone, revoking car privileges, or setting earlier curfews.

So, When it’s time to clean up around the home, make sure you’re not going at it alone. Enlist the help of others living in your home so they can learn about responsibility, helping out, and once they’ve had to help clean up, they’ll understanding picking up after themselves right or just making less of a mess to start with.

It can take time to break habits that have been set for years, but there’s no better time to start working towards it than right now. It’s okay to go with incremental changes too, add a chore here and there until it becomes a new habit. You got this.

Written By
Skyla Harris
Spread your love, share the article

5 Ways To Stay Safe Online (For Parents and Teens)

This a resource for parents and teenagers alike because staying safe on the internet is a team effort. If this […]

4 Ways To Promote Your Side Hustle

So, you’ve got your side hustling going, whatever it is… but people aren’t beating down your door yet? Here are […]

Good Jobs for Teens Who Like to do Physical Work

Choosing a career path is easy for some people. They know what they want to do from a young age, […]

5 Cool Things You Can Do With The IoT

Let’s face it, we’re pretty much living in the world of the Jetsons. Everybody owning a flying car is still […]

5 Reasons You Shouldn’t Be Afraid To Visit the Dentist

Fear of the dentist is common among teenagers and other age groups. In fact, up to 75% of Americans have […]

5 Tips for Caring for a Grandparent with Mobility Issues

When you’re younger, you aren’t always very well-versed in all of the struggles that people often face later in life. […]

How Do I Find Teen Jobs Near Me?

Whether or not its your very first job, finding a job as a teenager has its own set of challenges. […]