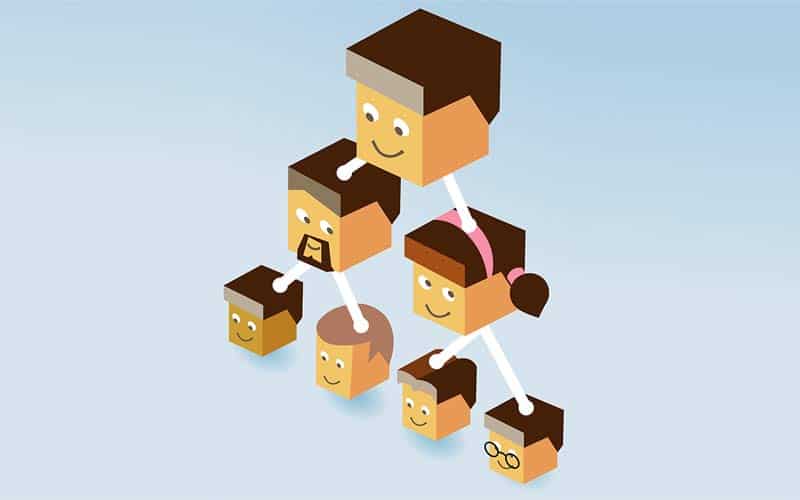 As an internet user, you have likely noticed more and more of your friends or followers trying to sell things to you. It could be beauty or hair products, nutritional shakes, homeopathy, aromatherapy, et cetera.

However, they aren’t simply trying to flog their products to you; they often also want you to join their team and sell the products too. This forms the basis of MLMs and often pyramid schemes too. This leads to a series of questions: how can you tell the difference, and is it worth it? Read on to learn more.

MLM stands for ‘multi-level marketing.’ It is a business structure whereby nonsalaried workers sell a business’s products or services, creating its revenue.

On the other side, Pyramid schemes are aptly named as they describe their business’s structure; the business model is unsustainable. They tend to focus on recruitment instead of selling goods and services, and they are actually illegal in the UK because they are essentially scams.

How Does An MLM Work for Teens and Adults?

An MLM is a sales system involving multiple levels. Products are sold by workers who earn a commission based on what they sell. They also receive a commission from the sales that the people that they have recruited to the company complete.

In theory, they can be incredibly lucrative because the workers can directly profit from their own sales and that of the people they have recruited. MLMs are perfectly legal unless they cross over into pyramid scheme territory, and some do.

Sometimes, they will try to recruit teens and young adults because the promises can sound all too tempting, and teens who are already working a job can be tempted by the promise of easy money for a small joining fee.

Pyramid schemes have been around for decades in one capacity or another. The difference between them and MLM’s can be cavernous or subtle, often depending on the credibility of the business. The main difference is the emphasis that they place on recruitment.

Pyramid schemes are, at their core, a form of MLM. The difference is that pyramid schemes focus on recruiting other people and taking their money to pay those above them. MLMs have elements of recruitment but focus more heavily on the sale of their products.

There are other distinctions too. For example, MLM’s sell their products at a more reasonable price, making them more accessible for consumers within the market. On the other hand, Pyramid schemes tend to list their products at a much higher price because their workers have to purchase the products they want to sell.

Typically, MLM’s do not require a joining fee, and workers do not have to pay dues in that respect. In contrast, workers in a pyramid scheme are often required to cover extortionate joining, training and membership fees.

That being said, recruitment or referral is not always the sign of a pyramid scheme. For example, Lebara’s refer a friend program is a great way to earn a bit of extra money; it includes the referral of other people such as friends or family. Still, there is no cost to that person unless, of course, they choose to buy the products offered by Lebara. At the end of the day, they will be able to enjoy a sim-only plan that suits their needs.

As long as an MLM continues to focus on the sale of products and doesn’t charge exorbitant fees to its workers, it is legal. They cannot provide false or misleading information to their consumers or workers. Like any other business, there are legal requirements that they have to adhere to.

As mentioned above, MLMs are bound by the same transparency regulations as other businesses; they cannot mislead their staff or consumers. Testimonials used by the business when selling products or recruiting more staff have to be honest. They cannot overstate or oversell their success.

That being said, when it comes to MLMs, there are plenty of reasons to remain skeptical. While ethical regulations bind them, there are loopholes that can be taken advantage of. For example, while they have to be honest about their marketing materials, they often omit other details. In addition, they rely heavily on survivor bias.

The truth is that most MLM participants drop out of the program within the first year. Some participants do turn a profit, but the overwhelming majority break even or lose money, meaning that it simply is not worth joining an MLM regardless of the marketing materials that you have consumed from them.

Are MLMs Worth it for Teenagers?

Almost everyone’s social media page is saturated with people trying to sell products or convince them to join their team. Whether you decide to or not will depend entirely on you and whether you believe that you could make a success of yourself.

However, if you do want to join an MLM before doing so, you should ascertain whether you will be subjected to membership fees or the purchase of goods to sell on. Are your expectations realistic? If you struggle to remain reasonable about your expectations, then you should probably avoid it.

There is the potential for success when it comes to MLM’s, but the chance is small; the odds are against you. Speaking generally, MLM’s are simply an evolution of pyramid schemes. If you want to make some extra money, then there are a lot of better options out there, options that are more likely to make you money.

For example, you could rent out your driveway or sell your old, unused possessions. Using methods like these offer a higher return for lower effort, and you see results much more quickly than you would if you had chosen to join an MLM.

Generally speaking, there are much betters ways to earn some cash, even as a teenager. If you started mowing lawns right now, and your friend joined an MLM program, it’s incredibly unlikely that your friend would end up earning more than you after a summer.

The truth of the matter is that neither MLM’s nor pyramid schemes offer the chance to make money. Pyramid schemes are far worse, which is why they are illegal in a lot of countries, but MLM’s are just as unlikely to allow you to make any money from them.

So if you want to make some extra money, then there are a lot of better options out there (related: how to make money as a teenager), and frankly, you are far better off checking some of them out.