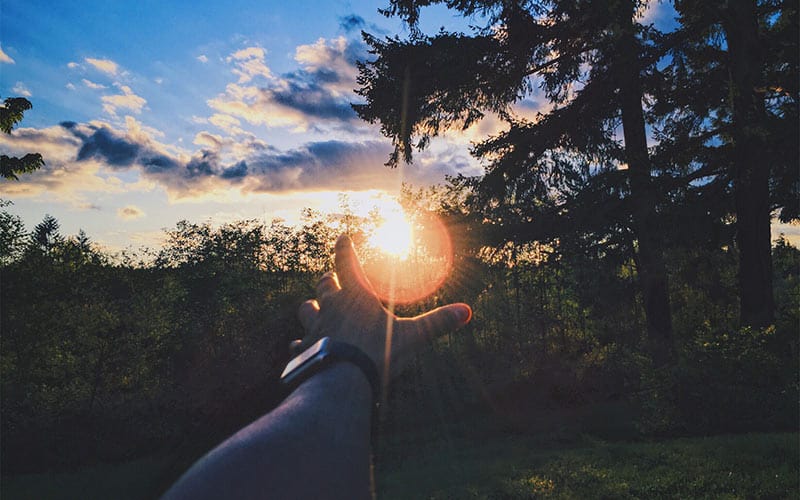 Here’s the problem with life lessons for teenagers: You usually need to experience them first hand. If you could travel back in time when you’re 35 years old, and give your teenage self advice, you could have the best advice in the world but would your teenage self really listen and follow it?

So, if you’re a teen browsing this advice, there are some lessons you just need to learn first hand on your own, and you might even roll your eyes reading some of these life lessons, but keep an open mind and see if there’s anything useful to keep in your back pocket in case you ever encounter situations where this advice is useful.

Teenage Life Lesson #1: The Rest Of Your Life Isn’t Set In Stone

There’s a big pressure that a lot of teenagers feel and that’s the pressure to have their future all figured out.

Whoever you are in high school isn’t the same person you’ll be when you’re an adult, everyone grows and changes and has different experiences.

You’ll make mistakes as a teenager, you’ll do things that will make you cringe later in life, you’ll have to learn to move on from them.

This first life lesson for teenagers blends into the second lesson, too.

Some people’s best years are in high school, but many people’s lives don’t even really feel like they’ve gotten started until they’re out of school and choosing their own friend and social groups, rather than spending most of your time with classmates that have been thrust upon them.

If you’re never failing at anything, you probably aren’t challenging yourself enough. You’ll fall short on certain goals that you set for yourself, you’ll come up short, you won’t always get everything you want or everything you try to get and that’s just part of life.

The lesson here is get back up and try again, or move on if you don’t get a second chance and find a new goal, or something new to strive for.

On that same note, if you succeed at something, that doesn’t mean you’re universally a success in life. Winning early on at life, in your teenage years, can give some people a warped perception of success later in life, the same way that failing early on in life can give someone else a complex.

Life Lesson #3: The Friendships You Have Now Can Last a Lifetime

Your group of high school friends can hold a special place in your life, and this is a teen life lesson in and of itself.

On that same note, there are friendships and people you see every single day for four years of your life, and once school is done, you’ll never see some of them again. Some of them will become close friends for the rest of your life.

You might have some fights and fallouts, and some other friendships that just fade away over time until it feels awkward to reach out again.

You’ll learn a lot from the friendships that stick, but you’ll also learn plenty from the ones that drift apart or dissolve out of conflict.

It’s worth doing what you can to maintain some of your high school friendships, but don’t let them hold you back from growing as a person, meeting new people, and finding who you really want to be. A great friend is someone who gives you the space to grow while being a strong foundation for one another, too.

Teenager Life Lesson #4: Learning How to Think for Yourself

Thinking for yourself means learning how to come to the correct conclusions about things, which involves knowing when you can trust an expert on a topic or if they actually know what they’re talking about, or if they’re just someone trying to sound confident.

You’ll notice that we’ve spend a fair amount of time talking about making mistakes and learning from them. That’s just kind of how this type of thing works, you’ll make mistakes – you might as well benefit from them in any way that you can, right?

That’s an instinct or a reflex that you need to out grow. You need to be able to take responsibility for your actions, this is a vitally crucial life lesson for every teenage to learn because that’s how you take accountability, ownership, and you fix problems or mistakes that you’ve made.

Take responsibility for yourself, your life, and the things that are important to you. Nobody else is going to achieve your goals or your dreams for, so don’t wait around for that to happen.

On that same note, when you learn to identify when you’re responsible for something, it empowers you to not accept blame or responsibility for things that aren’t y our fault. There will be people who try to blame things on you that aren’t your problem, and when you understand responsibility and accountability, they won’t be able to get away with that.

Problem solving is a set of tools and life skills for teens that you’ll carry with you for your entire life, and learning to solve problems at a young age will make the rest of your life so much easier.

You’ll encounter all sorts of problems, especially when you move out and have your own place to take care of.

You might even develop a whole new respect and perspective about your parents, but getting back on topic, here are some more thoughts about problem solving life lessons for teenagers.

There are some problems that just require one level to solve, for example if a light bulb burns out, the solution is simple – screw in a new bulb and you’ll have light again.

Learning to stop talking and listen can help you in so many different areas of your life, and it will if you learn to practice it.

It’s not just about hearing someone when they’re talking, it’s about actually listening.

Many people have a bad habit of hearing someone speak, but spending that time thinking of their response or just waiting until it’s their turn to talk, which doesn’t lead to you really learning or benefiting from the conversation, it’s just being used as an opportunity to monologue.

When you can listen to people and really hear and understand where they’re coming from, especially when they see the world differently than you or have their own unique opinions and beliefs that may not align with yours, it’s not about trying to listen so they can change your mind or opinions – it’s about understanding them, understanding where they are coming from, and using that to test your own beliefs and ideas.

Here are some debate topics for teens, but remember that if you can state the other person’s opinion to them in a way that they’ll accept, you are so close to finding common ground with them. When you can empathize and understand where people are coming from, you’ll have a much easier time getting through to them.

But this life lesson for teens isn’t just about listening to people with different views. It could be someone who is older and wiser than you and has an important lesson to teach you, or just someone who is giving you instructions or directions that you need to know.

Take every chance to work on your listening skills, you’ll have plenty of time to talk but it’s only so often that you’ll have an opportunity to truly listen and absorb the knowledge and experience that someone else is offering to you.

Life Lesson for Teens #8: The Golden Rule (It’s Cliche But…)

Treat people how you want to be treated.

But that’s easy stuff, that’s the Golden Rule that everyone understands and has an easy time following..

But what about when someone is being rude, grumpy, or mean? Oftentimes, as soon as it’s not EASY to treat someone well, then the golden rule goes right out the window with most people.

But what good is the the Golden Rule if people disregard it as soon as they come across someone who isn’t as easy to treat well?

The Golden Rule doesn’t mean that you have to be nice to everyone, all the time, no matter what… but it means that if someone is having an awful day and makes a little mistake on a fast food order, you don’t scream at them or try to get them fired.

If someone is rude at the grocery store, you let it slide off you instead of getting into a back and forth and making them feel worse and making yourself feel worse.

Life Lessons for Teenagers Are Important…

… but most of the time, reading a lesson won’t hit home nearly as much as experiencing it for yourself.

We can only do so much to try to prepare you so that you don’t have to learn all of your lessons the hard way, but at the end of the day, most life lessons for teenagers don’t really hit home until you’ve experienced it first hand – and that’s normal!