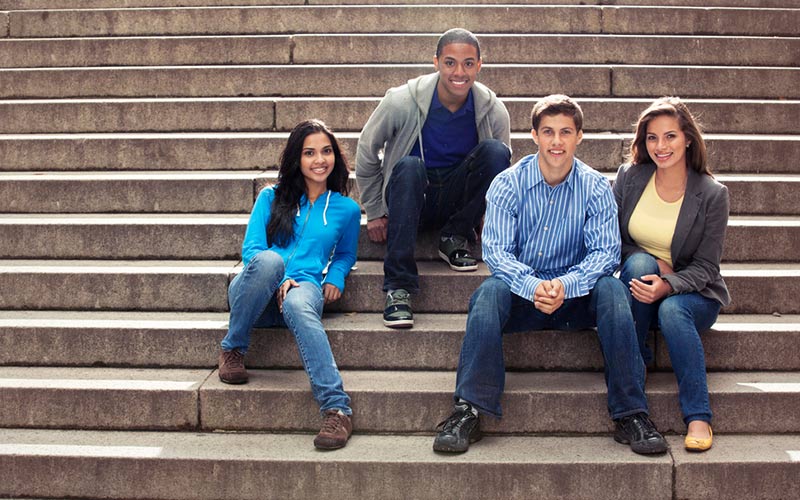 In America, high school is considered the final stage of primary education and consists of four high school year names: 9th, 10th, 11th, and 12th. It can be a defining time for teenagers as they learn to drive, form friendships, enter romantic relationships, and start thinking about college.

Along with using numbers to denote grade level, Americans have names for each year: freshman, sophomore, junior, and senior. If you aren’t familiar with this type of system, it might be confusing at first. To help you out, we researched the origin of each name and included some basic information for each grade. Let’s look at them now.

Originally meaning “newcomer” or “novice, the word freshman dates to the mid-16th century. Today, it’s used to denote students entering their first year of high school. Most teenagers start the 9th grade at 14 years of age, turning 15 before the end of the year.

It is believed that the word sophomore was derived from two Greek terms: Sophos, meaning “wise,” and Moros meaning “foolish”. You might take offense to being considered a “wise fool” but remember: as a teenager, you still have a lot to learn and that’s okay!

Usage of the word sophomore dates to the 1650s where it was used to describe university students who were in their second year of study. The typical age for this grade is 15 to 16 years of age.

The designation of junior dates way back to the 13th century, where it was first used to describe someone younger than another. This is when students are considered upperclassmen and should begin thinking about post-secondary options. Most students are 16 to 17 years of age.

The word senior has been used in the English language since the mid-14th century to describe an older person or a person of authority, but it wasn’t used to indicate fourth-year students until the 17th century.

This is the final year of high school, with students typically turning 18 by the end of the year. At the beginning of the school year, you’ll want to start narrowing down your post-secondary options, so you are ready to apply by the end of January.

Here are the high school years in order, starting from the youngest year.