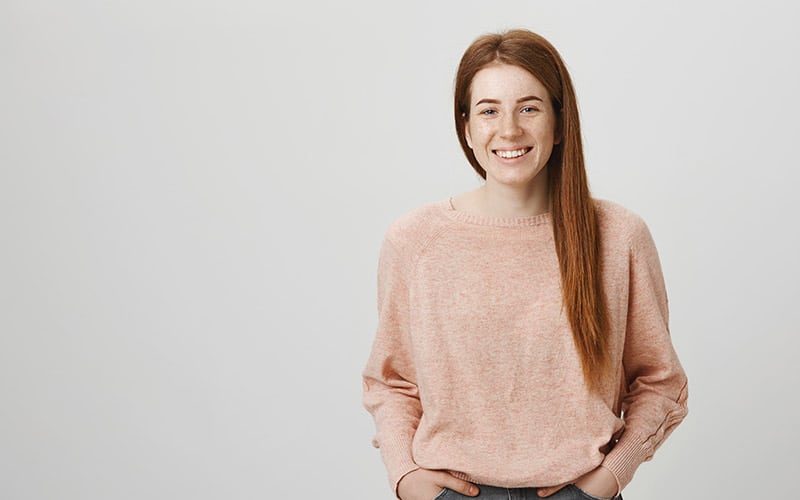 We’ve put together the following list of monologues for teens to help you find something worthwhile of your time and efforts. You can use these monologues to audition for various roles and opportunities, to improve your public speaking, or just for practicing your craft at home.

We’ve divided these teenage monologues into different categories, but you can obviously use any that you like! A boy can learn one of the “monologues for teenager girls”, and vice-versa, so go with whatever catches your interest. You can always modify and adapt these monologues to fit you better, too, in any way that you choose.

Here are some monologues that were delivered by girls. These are monologues from movies, TV shows, and more.

The Lovely Bones is a 2009 film based on a popular novel. It has many poigment and insightful scenes, dialogues, and monologues. Here’s one by a character named Salmon (like the fish).

Salmon: I was slipping away. Life was leaving me. But I wasn’t afraid. There was something I was meant to do. Somewhere I was meant to be. I was in the great blue horizon, between heaven and earth.

The days were unchanging. And every night I dreamed the same dream. The smell of damp earth. The scream that no one heard! I would hear them calling, the voices of the dead. I wanted to follow them, so I could find a way out, but they would always lead me back to that same door. And I was afraid. I knew that if I went in there I might never come back out again.

Nobody – nobody notices when we leave. I mean the moment we really choose to go. At best you might feel a whisper, or a wave of a whisper, undulating down. My name is Salmon. Like the fish. I was fourteen years old when I was murdered on December 6th 1973. I was here for a moment, and then I was gone. I wish you all, a long, and, happy life.

Easy A is a 2010 comedy starring Emma Stone as Olive. It’s a comedic film with elements of drama, taking place at a highschool.

Olive: Let the record show that I, Olive Penderghast, being of sound mind, ample-ish breast size and an occasional corny knock-knock joke do enter this video blog in the case against me. Since I’m being judged by a jury of my peers I will attempt to insert ‘like’ and ‘totally’ into my confession as much as possible.

I will also end statements with a question mark? So here it goes. I confess I’m, in no small part, to blame for all the gossip that has turned my varsity letter scarlet. But for any guy hoping that the sizzling details of my sordid past will inspire you to lock the bathroom door and ‘do it to it’ with your sisters moisturising lotion – you’ll be gravely disappointed. Not to mention unsatisfied. And smelling like hibiscus.

Look, I just need to set the record straight and what better way to broadcast my thoughts then here, on the internet. So here it is, Part 1: The Shudder-Inducing-and-Cliched-However-Totally-False-Account-of-How-I-Lost-My-Virginity-To-A-Guy-At-A-Community-College. And Lost my Anonymity Along the Way. Let me just begin by saying that there are two sides to every story. This is my side. The right one. Like, totally.

Debbie Jellinsky: I don’t want to hurt anybody. I don’t enjoy hurting anybody. I don’t like guns or bombs or electric chairs, but sometimes people just won’t listen and so I have to use persuasion, and slides.

My parents, Sharon and Dave. Generous, doting, or were they? All I ever wanted was a Ballerina Barbie in her pretty pink tutu. My birthday, I was 10 and do you know what they got me? Malibu Barbie. That’s not what I wanted, that’s not who I was. I was a ballerina. Graceful. Delicate. They had to go.

My first husband, the heart surgeon. All day long, coronaries, transplants. “Sorry about dinner, Deb, the Pope has a cold.” Husband number 2: the senator. He loved his state. He loved his country. Sorry Debbie. No Mercedes this year. We have to set an example.” Oh yeah. Set this! My latest husband.

My late, late husband Fester, and his adorable family. You took me in. You accepted me. But did any of you love me? I mean, really love me? So I killed. So I maimed. So I destroyed one innocent life after another. Aren’t I a human being? Don’t I yearn and ache…and shop? Don’t I deserve love…and jewelry? Good-bye everybody. Wish me luck.”

Audrey: Oh no. It’s just a day-dream of mine. A little development I dream of. Just of the Interstate. Not fancy like Levittown. Just a little street in a little suburb, far far from Urban Skid Row. The sweetest, greenest place- where everybody has the same little lawn out front and the same little flagstone patio out back. And all the houses are so neat and pretty… Cause they all look just alike. Oh, I dream about it all the time. Just me. And the toaster. And a sweet little guy. Like Seymour.

Alice: Why, how impolite of him. I asked him a civil question, and he pretended not to hear me. That’s not at all nice. [Calling after him] I say, Mr. White Rabbit, where are you going? Hmmm. He won’t answer me. And I do so want to know what he is late for. I wonder if I might follow him. Why not? There’s no rule that I mayn’t go where I please. I–I will follow him. Wait for me, Mr. White Rabbit. I’m coming, too!

[Falling] How curious. I never realized that rabbit holes were so dark . . . and so long . . . and so empty. I believe I have been falling for five minutes, and I still can’t see the bottom! Hmph!. . . . . After such a fall as this, I shall think nothing of tumbling downstairs. How brave they’ll all think me at home.

Why, I wouldn’t say anything about it even if I fell off the top of the house! I wonder how many miles I’ve fallen by this time. I must be getting somewhere near the center of the earth. I wonder if I shall fall right through the earth! How funny that would be. Oh, I think I see the bottom. Yes, I’m sure I see the bottom. I shall hit the bottom, hit it very hard, and oh, how it will hurt!

Ian Malcolm: Don’t you see the danger, John, in what you’re doing here? Genetic force is the most awesome power the planet’s ever seen, but you wield it like a kid that found his dad’s gun. I’ll tell you the problem with the scientific power that you’re using here. It didn’t acquire any discipline to attain it. You read what others have done and you took the next step.

You didn’t earn the knowledge for yourself so therefore you don’t take any responsibility for it. You stood on the shoulders of geniuses to accomplish something as fast as you could and before you even knew it you had it.

You patented it and packaged it and slapped it on a plastic lunch box, and now your selling it! You wanna sell it! Well, your scientists were so preoccupied with whether or not they could they didn’t [stop to think about] if they should.

No, hold on John, this is not an animal wiped out by deforestation or the building of a dam. Dinosaurs had their shot and nature selected them for extinction.

Nick Fury: These were in Phil Coulson’s jacket. Guess he never did get you to sign them. We’re dead in the air up here. Our communications, location of the cube, Banner, Thor. I got nothing for you. Lost my one good eye.

Think I had that coming.

Yes, we were going to build an arsenal with the Tesseract. I never put all my chips on that number, though, because I was playing something even riskier. There was an idea, Stark knows this, called the Avengers Initiative.

The idea was to bring together a group of remarkable people, see if they could become something more. See if they could work together when we needed them to, to fight the battles that we never could. Phil Coulson died still believing in that idea, in heroes. Well, it’s an old fashioned notion.

Here are some rapid-fire tips to keep in mind when you’re choosing a monologue for auditions, or just for practicing on your work.

Make sure it fits: It can be interesting to try to connect with a character that’s nothing like you, but when you’re starting out, it can be very helpful to choose monologues that you can relate to on some level.

Beyond fitting you personally, the monologue should also fit with whatever type of role you’re auditioning for. If it’s a comedic role, then being able to cry on cue during a somber monologue might not win you as many points.

Something unique, or well-known?: This is a question many teenagers are faced with when choosing a monologue. Do you want to go with something that’s well-known and that everyone will recognize right away, or does that set the standard too high? If you go with something less-known, or totally unique, then you’re able to set the tone of it, since they won’t be comparing it to the 100 other times they’ve heard it. This is something you’ll have to figure out when choosing your teen monologues.

Movies are a great source: You don’t necessarily have to dig through some ancient playbook to find good monologues, sometimes something from a movie is perfect! If you’re going to be learning a popular monologue for teens from a movie, it’s a good idea to watch that scene a few times, and ideally the whole movie so you have all of the necessary context. You can find great monologues on YouTube, too.

Other Monologues for Teens

These were some very short monologues for teens, when you’re ready to step it up, you can look for other monologues that are longer. But these are fun, they’re short enough that you can probably memorize a teenager monologue in a day or day, you can see how they were originally performed, and you can try to put your own twists on them.

I hope you enjoyed this collection of monologues for teenagers, if you have any that you have performed in the past and you think they belong on this list – let us know, we’ll add them!