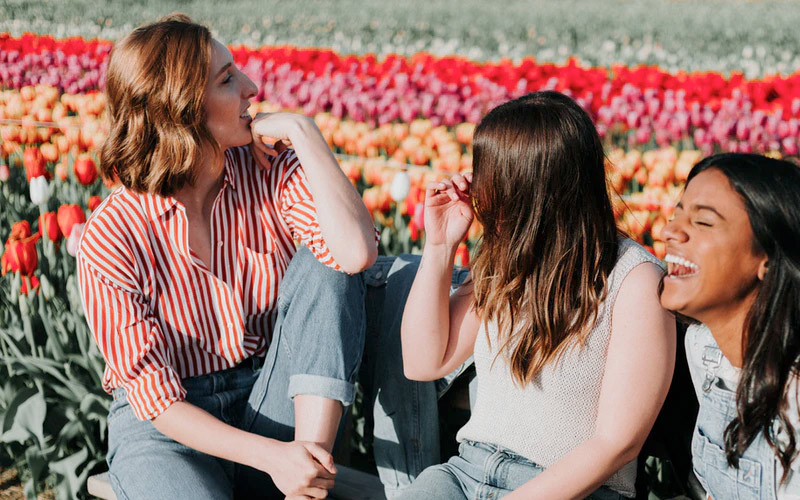 Having a few jokes in your back pocket that you’re ready to tell is a great way to break the ice, to help with a lull in the conversation, and to show people that you don’t take yourself too seriously.

Some jokes can be kind of hard to tell on the spot, I mean, it’s not like you’re a professional comedian over here who has hours and hours to practice and rehearse these funny jokes for teens, right? So, we’ve put together a list of some really funny jokes for teens that you can easily memorize and tell without tripping over words or forgetting parts of them, which just kills the momentum.

Looking for some riddles for teens, instead? We’ve got those, too. A riddle will have someone scratching their head or thinking, “that’s clever!” A joke will have them laughing. That’s the easiest way to explain the distinction, but of course there can be a little more nuance or overlap than that.

In a world where much of teenage humor revolves around sharing a meme, let’s not lose the art of telling a joke. After you read through our list of one liners for teens, clean teenage jokes, and other really funny jokes for teens, we’ll finish off this page with some tips for telling jokes effectively.

Here are some snappy one-liners. Some of these are just classic old jokes that you’d find in joke books and we’re not really sure where they originated from, but we’ll try to provide sources as much as possible.

The trick to one liners is just knowing a lot of them, then slipping them into converation when it’s relevant, instead of trying to force them or stopping a natural conversation to insert one out of nowhere. A “funny person” will have snappy one-lines at their disposal, but won’t overuse them.

“I spy with my little eye… phone.”

“If you tell me to stop impersonating a flamingo one more time, I’m going to have to put my foot down.”

“I was trying to figure out why this frisbee kept getting bigger and bigger, and then it hit me.”

“Vehicles at the parkade kept getting broken into, and I think that’s just wrong on so many levels.”

“It takes a lot of balls to be this bad at golf.”

“I don’t trust atoms, they make up everything.”

“I’ve never liked nestled dolls. They’re so full of themselves.”

“I told my teacher that I felt invisible. She told me to come back after class, she can’t see me right now.”

“I got kicked out of a secret cooking class for spilling the beans.”

“The easiest way to make holy water is to boil the hell out of it.”

“I lost my job so I decided to try telling jokes for a living. Unfortunately, just like me, none of them work.”

“After I setup my new universal remote, I thought to myself: This changes everything.”

“My dad used to own a bakery, until it burnt now. Now, the family business is toast.”

“Thinking about the Earth’s rotation makes my day.”

“If you’re ever attacked by a gang of clowns, go for the juggler!”

“One of my cows didn’t produce any milk today, it was an udder failure.”

“It’s time-consuming to try to eat an entire clock.”

“I shouldn’t have bought a discount thesaurus. Not only is it awful, it’s also awful.”

“I don’t know the definition of the word armageddon, that’s okay though, it’s not like it’s the end of the world or anything.”

“I was trying to remember which side of the earth the sun rises on, and then it dawned on me.”

“I sold my vacuum cleaner because all it did was sit there and gather dust.”

“If I’m not supposed to eat at night, why is there a night-light inside of my fridge?”

Clean jokes for teens can be funny! If you rely on swearing or being edgy as a punchline, that’ll only get you so far. We’re not saying that teen jokes MUST always be clean, but if you can be funny with clean jokes, you can be HILARIOUS with dirty jokes. Jim Gaffigan and Brian Regan are two very, very successful stand-up comedians who tell clean jokes, but the list goes on and on.

A teenager finds a magical genie lamp while exploring in the woods. They decided to rub the lame and to see what would happen. Obviously, a genie soon appears and asks the teen: “What is your first wish? I’ll give you three.” The teen says, “I wish that I was rich!” The genie smirks and replies, “That’s easy! What’s your second wish, Rich?”

Three moms are sitting around a table, playing card games and bragging about their teenagers.

“My Freddie,” said the first woman, “Everyone should be so lucky to have a son like my Freddie. Once a week he brings me a huge bouquet of flowers, he’s constantly bringing me out to restaurants to eat, if I so much as hint that I want something the next morning it’s on my doorstep.”

“That’s very nice about your Freddie”, says the second mom. “But with all due respect, when I think about the way my Erin takes care of me, it just can’t compare. Every morning as soon as I wake up she greets me with bacon and freshly brewed coffee. Every lunch she comes over and cooks me a gourmet lunch, and every supper she brings me to her house for supper, she truly treats me like a queen.”

“WELL!” Says the third woman, “I don’t want to make any of you feel bad or anything, but wait until you hear about my daughter Jasmine! Twice a week she pays someone $200 an hour just so she can lie on their couch and talk to them about what’s on her mind, and who do you think she pays that much money to speak about!? “asks the third mom with a big excited smile, “I’ll tell you who she speaks about! ALL SHE SPEAKS ABOUT IS ME!”

A shy guys asks his crush to prom, and to his surprise, she says yes. He wants to do anything he can to make this night special. She said she wants him to wear a nice suit, so he goes to the suit store. Since it’s prom season, there’s a huge line. He waits in line for a long time, and finally gets his suit.

His sister suggests that he should buy flowers for his prom date, so he goes to the florist, and waits in line. He waits and waits, and finally gets the flower.

Next, he goes to pick her up. She’s not ready yet, so he waits and waits. Her aunties and uncles and cousins are there, and family friends, all wanting to take photos with her so once again ,he waits in line.

Finally, they get to the prom. She tells him she’d like a glass of punch, so he goes over to the table that has drinks and snacks on it. There is no punch line.

Every group of friends has that one person who is a little clueless, but we still love them. Sometimes, that’s us. This reminds me of the time I was trapped in the desert with my two best friends. We found a genie lamp, rubbed it, and got three wishes to share between us. The genis said we had to wait a week in between each wish.

One of my friends went first, and wished that they were back home, so the genie said a few words and my friend was teleported back to their home.

A week later, my second friend made the same wish, and the genie sent them home safety.

About 10 days passed, and I was so sad and lonesome. I had forgotten to make my wish yet, because I lost track of time. I said to myself, “I’m so lonely, I wish my friends were here.”

I try to respect my elders. The other day, I saw an older gentleman leaving the grocery store, carrying a bag of flour.

He accidentally dropped the bag, so I ran over to pick it up for him, but he held out his cane and told me not to bother. He said, “Don’t worry, young fella, this flour is self-rising.”

Tips for Being Funny and Telling Jokes

Give credit where credit is due: If you try to take some classic Mitch Hedberg one liners and pass them off as your own, it’s only a matter of time until someone will recognize that you stole the joke and were trying to take credit for it. Don’t do that! If you quote a funny joke and get a laugh, you should immediately say “That’s a joke from one of my favorite comedians,” or even introduce it as “Here’s a good one by so and so…” or “I heard this joke somewhere, it’s stuck with me…”

Memorize, but let it flow: For longer jokes, it’s better to figure out the key points of the joke, the notes you need to hit. If you try to memorize it word-for-word, it can sound a bit more robotic when you go to tell it.

Own it: If your joke flops, don’t double down, just own it. Laugh at yourself, don’t take it too seriously, don’t hinge your ego on somebody laughing at a random joke you tell them – it can just make things awkward. If the joke doesn’t land, just move past it. A sense of humor is really helpful in getting through these high school years.

What Are YOUR Favorite Funny Jokes for Teens?

It goes without saying that jokes for teens should be funny, but everybody has a different opinion about what’s funny. We want to include as much variety and diversity as we can, so please leave a comment with some of your favorite teenager jokes. Other people will be able to see the comments, and we might even add some of the best ones right into this list.