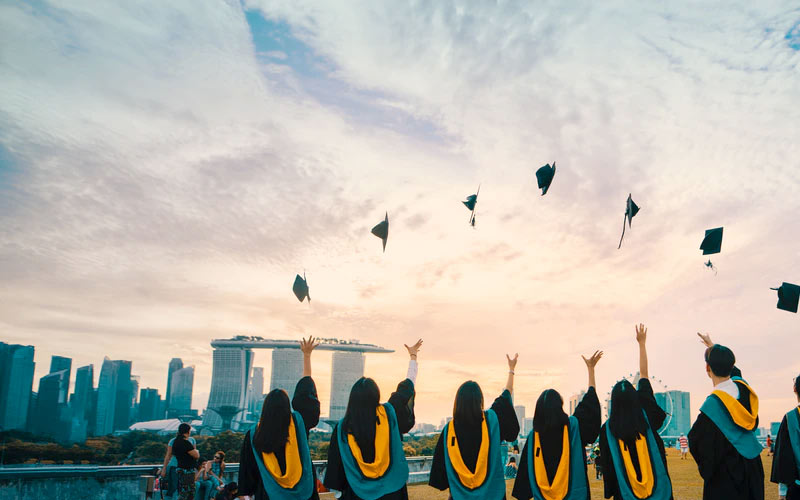 There are a lot of reasons that one may drop out of college. You may lose interest in the courses you choice, it could be a money thing where you need more time to work to pay your bills and can’t focus on your studies, you could decide that you want to travel, you might be going through some personal things… whatever the reason is, dropping out of college and restarting when things are more stable is always an option – but is it the best option? Here are some things to keep in mind, here’s what you need to know about going back to school after dropping out. We hope that students dropping out of college will realize that it’s possible to return. Even if you didn’t finish high school, there are always options.

Can I Go Back to the Same College After Dropping Out?

This is probably the easiest route to take if you’ve dropped out and want to continue your post-secondary education, so the answer is yes: you can go back to the same college after dropping out. Assuming that you’re all paid up and don’t owe a balance, and that you didn’t do anything crazy on your way out, it should be as easy as signing up to the classes whenever they’re open for registration again, and showing up.

If you think there may be other circumstances involved that could affect your ability to return, it’s a good idea to talk to your college. Some colleges may have a different process for students who are returning after dropping out, so it’s a good idea to ask. If it has only been a few months, or a year, or even a few years – there’s a good chance that you’ll be able to get credit for any previous credits you’ve earned, but again, the exact rules may vary by Country, State, and even by college so talk to an advisor at your college to find out the specific details of how they operate. They should be able to give you all of the information you need when it comes to dropping out of college and restarting.

Motivation for Dropping Out of College and Restarting Your Education

If you dropped out of college, it’s not a life-sentence. Sure, you may have wasted some money, and you may have some debts from it, but that doesn’t define you.

You CAN return to college and give it another shot. You can attempt the same courses again, or you can try learning something new instead, maybe there’s a different career trajectory you’re interested in following? That’s perfectly fine.

Some people should take a year off but they go into college directly after high school, and that causes some problems because they just need a break – they’re just not ready for another 2, 3, 4+ years of school. That’s perfectly okay, too. There’s nothing wrong with taking a year off and thinking about what you want to do with your life, and it’s okay to take more than one year off, too. If you aren’t sure what you want to pursue, it would be silly to go to college unless you’ve got the money to be able to afford trying different things. Otherwise, it’s not a bad idea to spend a year or even a few years in the workforce, this can give you a lot of useful experience and help you see some new potential ideas for what you’d like to study in school.

If it feels like your teachers, your parents, and everyone else in the world is pushing you towards going to college directly after graduation high school, but you feel like you’re doing it for them more than for you, and you aren’t even sure what you’re interested in studying, remember that it’s improvement to live your own life. You graduated high school, so you’re either an adult or you’re very close to being a legal adult, and you can make your own decisions. Having said that, if you are taking time off, make sure you’re doing it for the right reasons. It’s better to take a year off than to spend a ton of money going to college right away without a clear plan in place, then to flunk out of college, then to have to think about going back to college after flunking out. If you aren’t interested or engaged in what you’re learning, it’s better to take a break, instead of paying tuition, doing something that doesn’t interest you and that you won’t want to spend your life and career on, just to end up in the same boat after a few years than if you’d just waited a little longer to get started.

What About Going Back to College After Flunking Out?

Yes, you absolutely can. College and university courses, as a general rule of thumb (As there could be some niche exceptions somewhere in the world) are not the type of thing where you only get one attempt and that’s your grade for life. If you fail a class, you can simply register to take it again.

If you flunked out of one college and you’re thinking of applying to a new one, in some cases it’s mandatory to let them know of your previous academic records, rather than trying to hide that from them. On the plus side, you may be able to transfer some of your existing credits, if you’ve earned any during your previous educational stint.