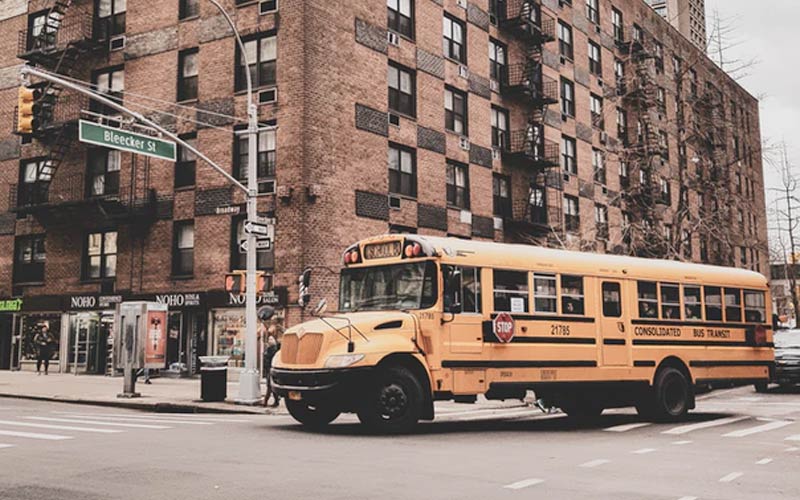 There are absolutely some positive reasons to work after school, but there are also many disadvantages of after school jobs, too. We’re all about telling the whole story. Right now, we’re starting with the disadvantages. If you want to read about the advantages, you can find them here.

When it comes to the disadvantages of working after high school, let’s start by defining what we’re talking about. There are two different ways to interpret the above inquiry, as follows:

Do you see how the question about the disadvantages of working after high school can be read in two different ways? Just so we’re clear and on the same page, we’re speaking specifically about finishing your school day, then going into a job in the evenings. We’re not talking about taking a gap year to work after you graduate.

With that cleared up, let’s get right into the disadvantages of after school jobs. If you’re looking for the other side of the coin, make sure you check out the advantages, too.

We know that some of you are here because your parents are telling you to get a job and you’re looking for arguments against that, and this page will help you, too. There are valid reasons not to work after school, even thought there are plenty of good reasons to do it, too.

The Disadvantages of After School Jobs, Summarized

This isn’t an exhaustive list of all of the downsides to working after school jobs, but there are the major points. If we missed anything, don’t be shy to leave a comment and to share your thoughts.

Once again, for the people in the back, we are not saying it’s definitively all negative for a student to work after class is done. You just happen to be on the page that covers the disadvantages. With that said, here’s a more in-depth look at the disadvantages of after school jobs, along with citations and studies to support the claims.

When you’re working after school, you’ll be wiped when you finally get home, and that makes it tough to do homework. The pursuit of money can, and has, cut into one’s ability to focus on school. Here’s a study that looked into the impact of after school work on a student’s academic achievement, it’s worth keeping in mind.

Less time for sports and hobbies

Having a little time to yourself to focus on your hobbies and interests, or playing on sports team, or even just playing some video games to relax – these are all perfectly valid ways to want to spend your time, and having a job will certainly cut into them. Is that a worthwhile trade? Can you afford to your hobbies without working?

A rough intro to the workforce

After school jobs for teenagers usually aren’t the most glamorous positions, and there are sometimes coworkers who will go out of their way to power trip, to make you feel like you’re tiny, to give you all the worst tasks. Most of these jobs are very entry-level, and it can leave a sour taste in your mouth from a young age. On the other hand, this could encourage some people to work harder in school to open up more opportunities.

Added stress is one of the disadvantages of after school jobs

Jobs can create stress, even if you’re a kid. Ideally, you won’t be spending your teenage years stressed out, there’s plenty of time for that later in life. It’s possible to work part time and still enjoy your youth, millions of people do it every single year, but having the added stress of a demanding job can put a blight on these special years. Don’t spend them doing something that you hate, if you don’t have to. At least find a job you’ll enjoy.

The end of your youth

There’s a coming of age moment where you kind of stop being a kid, and you shift from teenager to adult. It happens in different years for everyone, but getting your first job and getting some monthly bills are a common moment where people start to cross over.

Missing out on other opportunities

If you’re stuck working, and teens usually get stuck with the weekend shifts since they’re in school all day, you can miss out on a lot of fun high school moments like impromptu trips to the lake, last minute movies with friends, etc. You can still plan stuff, though.

Working certain types of jobs can correspond to an earlier loss of innocene. Anyone who has worked in a kitchen can vouch that you’ll almost certain be introduced to various substances. What can happen is you’ll start to get stressed from work, you’ll have a lot of spending money since you don’t have a ton of expenses yet, and you may turn to drinking and drugs to deal with the stress from work. Soon enough, you’ll find yourself spending most of your paycheck just to avoid feeling the stress of work. At what point, what are you even doing? Of course, this doesn’t happen to everyone who gets a job, or even most people, but working in certain environments can certainly expose you to things at a younger age, and that’s not ideal.

What If You Have To Work After School Jobs?

Not everybody has the luxury or the privilege to have parents who are going to pay for their lives in high school, and those people may need to get jobs at a younger age than they would if their parents were funding their way. It is what it is, and if you’re in a position where you want some extra spending money and it’s still worth it to you after reading the disadvantages, or if you simply don’t have a choice because there are bills that need to be paid and you’ve got to step up and take on the responsibility of an after school job, you’ve got this. It’s totally possible to have an enriched youth while you’re stuck working. This page makes it seem like it’s all negative, but there are a ton of positives to this, too. It’s not only disadvantages of working after high school, in fact oftentimes the advantages can outweigh the disadvantages.