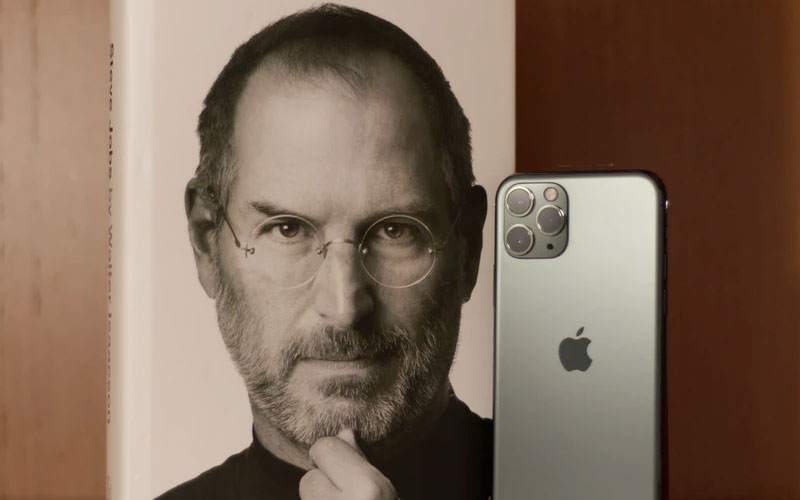 Do you ever find yourself looking towards role models like Steve Jobs, and wondering how they go to where they ended up? There are many reasons to admire someone who has achieved success, whether they went to college like Steve Jobs, or they are one of the many famous high school dropouts that are household names.

Steve Jobs went to Reed College, but he didn’t complete his time there. Instead, he dropped out of Reed College classes in order to seek enlightenment and ultimately to help propel the Apple computer company towards being one of the largest and most influential businesses in the entire world.

Where Did Steve Jobs Go To College?

What Did Steve Jobs Do After Dropping Out of College?

After dropping out of Reed College the very same year that he enrolled, in 1972, Steve Jobs decided to take some time to travel around India in search of Enlightenment.

Steve Jobs would go on to have an incredibly successful career after starting off at Apple, then leaving to start his own computer company, before ultimately returning to Apple to oversee some of the biggest innovations in the company’s history.

Steve Jobs was a total stickler and a perfectionist, he was known for being pretty difficult to work with, but that’s not all that uncommon when you get to the top-tier of performers and when the stakes are always very high. It’s a high-stress world, and not everyone is cut out for it. Some people are cut out for it, but it makes it hard for them to be friendly and bubbly to people all day.

“We worked hard, and in 10 years Apple had grown from just the two of us in a garage into a $2 billion company with over 4,000 employees,” said Jobs at a commencement speech in 2005 at Stanford.

Even though his life was cut short due to cancer, he accomplished a lot, even before the age of 30.

“We had just released our finest creation the Macintosh a year earlier, and I had just turned 30.” (news.stanford.edu)

Steve Jobs wasn’t necessarily the biggest fan of the American education system, which is partly revealed in this quote that he said to the teacher of Steve Jobs’ Daughter, Lisa Brennan-Jobs.

“In general, I think middle school is so awful it would be better if kids just sailed around the world instead But this place is an exception.”

Whether or not this contributed to Steve Jobs’ early passing is up for debate. He allegedly decided to try to treat his cancer using natural methods instead of relying on proven medicine. It shows that anyone is susceptible to reading a misleading article or taking some dodgy health advice, even if you’re a genius entrepreneur who ran some of the most successful marketing ever. Steve Jobs had a way of letting consumers known what they’re going to want next, and delivering it, and making products that people would line up around the block to buy.

Even though Steve Jobs ended up doing great, here’s what you really need to understand about high school vs college.

And Steve Jobs Did It Without Even Graduating

Does that mean you should drop out of college so you can be the next Steve Jobs? Definitely not. Stay in school, kids. If you do end up dropping out like Steve Jobs, you can always go back, so please remember that dropping out of college and restarting is a possibility. Your educational pursuits don’t have to end when you drop out, you can always return. Also, out of the billions of people who have lived, only one of them has been “Steve Jobs” so trying to be like Steve Jobs isn’t really a plan or a career path.