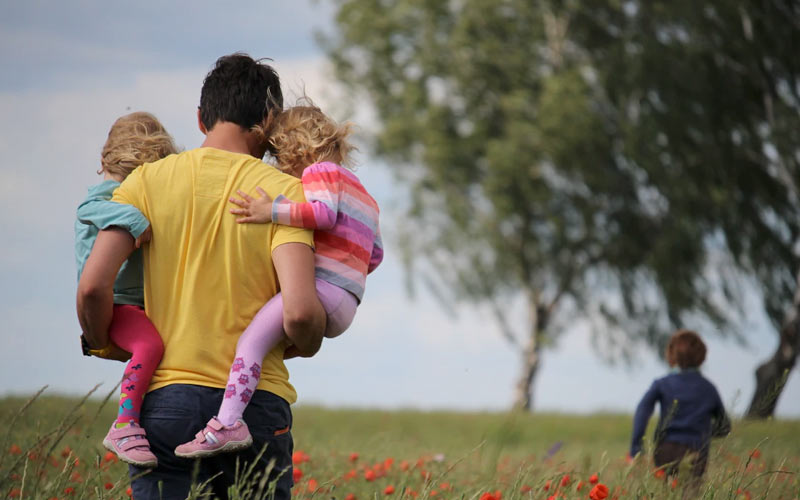 If your dad or your uncle love to tell you cringey dad jokes all the time, study up a little bit. There’s no better way to fight back against cheesy dad jokes than when you already know the answer to them. If they tell you a joke, and you can just answer instantly and deadpan, you win.

So, here are some common and popular dad jokes that your dad, uncle, or another family member might try to tell you. Next time you’re at a family get together, you’ll be ready!

This one is a play on words, implying that the number 6 would be afraid of seven because the number seven is going around and eating other numbers, using the double meaning of 8 (ate). You’ve probably heard this one, its one of the oldest dad jokes in the book. Before it was a dad joke, it was a joke kids would tell when your dad was a child and probably before that, too.

Is Your Fridge Running…?

They want you to answer “yes” when they ask if your fridge is running so that they can say “then you better go catch it!” The joke is that everyone’s fridge is running unless they need fridge repairs, but the double-meaning implies that the fridge is running away, and that you need to run after it. Yeah, it’s a pretty bad one! A better answer could be “No, my fridge isn’t running, but it’s okay because I’ve already called a fridge repair company.”

Some dad jokes are basically just schoolyard jokes that have been around for decades, and other ones rely more on dry humor or wordplay. This one combines all of the elements of a dad joke, so it shouldn’t be a surprise it’s such a classic.

Can I Have This Bookmark?

A dad joke goes as follows: “Today, my son asked “Can I have a book mark?” and I burst into tears. 11 years old and he still doesn’t know my name is Brian.“

The play on words is “Can I have this book, Mark?” It sounds like you’re asking for a bookmark, or asking somebody named Mark for a book.

This isn’t really one that you can prepare an answer to because it’s not in the question and answer format, but it leads us into the all-time classic…

This is the one. This is every dad’s favorite comeback when you mention anything that comes after “I’m…”

It’s invincible, there’s no stopping it, you just have to learn to live with it.

How To Diffuse Dad Jokes

With any dad joke, it’s about taking whatever they say in the most literal way. That will get you through 99% of them.

But maybe just live with the dad jokes?

There are worse things than having a dad who tries to make you laugh with cheesy jokes, as much as you might get annoyed with them in the moment, at the end of the day it’s a way to bond and connect and it’s all in good fun.

Maybe you should learn some riddles for teens of your own to fire back with the next time your dad pulls out a corny joke. In the long run, that’s probably the best defense of all. If you can’t beat ’em, join ’em.