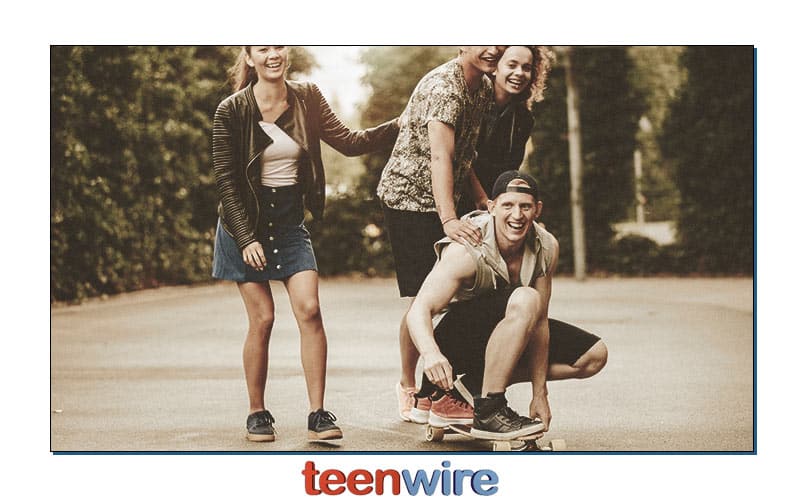 We’re going to be skipping past the very foolish things that can cause serious injury or worse, or that can seriously mess up your life. Don’t worry, we’ve still got a lot of very crazy things for teenagers to do…

So grab a friend, make some plans, and most importantly: make some memories!

We stumbled across another article talking about crazy things for teenagers to do, but it was mostly just a bunch of gross, or illegal, or antisocial, or just plainly psychotic ideas which inspired us to put this list together, instead. Having a crazy time as a teen doesn’t mean you should do something that’s going to get you arrested, put on some watchlist, or ruin someone else’s day or even life. Do better!

Crazy Things To Do As a Teenager

It’s about stepping out of your comfort zone and trying new things, even if they seem crazy to you. Your teenager years are a time to try things, to find out what makes you tick, to decide what kind of person you want to be, and to flesh out your values and morals. Experience is a great way to go about that!

1. Get That Piercing You Want

Have you always wanted to pierce your nose but you haven’t quite gone through with it? It can be a fun way to change up your look, and getting a new piercing can definitely fall under the “crazy” banner for a lot of people.

2. Throw a Party Every Now and Then

Have a few friends over, get some party games for teens ready, some snacks, all that good stuff – and just have a great time with your pals! It doesn’t have to be some huge house party that’s going to have the police showing up.

Grab a pen or a Sharpie and just doodle on yourself. How much of yourself can you cover? Be careful if you’re using a Sharpie, it won’t wipe off easily and it might stain furniture or clothing. You could also get some body paint. Either way, drawing on yourself is fun, especially if you want to get a tattoo when you’re old enough.

4. Talk To That Person You Have a Crush On

If you have a crush on somebody, go up and talk to them! Talk to them more often, ask for their phone number, invite them to hang out… What have you got to lose?

It’s okay if they say no thanks, at least you’ll know where things stand so you can move on and find a new crush if it doesn’t work out. You’ll never look back at your time in school and wish that you took less chances on things like this.

5. Go On An Unplanned Road Trip

A road trip doesn’t have to take a ton of planning, it can be something much more spontaneous. Get a friend or two, find somewhere to go, and just drive there. Make sure you have plenty of gas, water, food, and a map!

Other than that, you’re more or less ready for an adventure. Don’t want to get a hotel or camp somewhere? That’s fine, a day trip is always a good time and a good way to get out of the city for a while or to visit a small town.

Not everyone gets their first BF or GF when they’re a teenager (and here are some signs you’ll never get a girlfriend), but as long as you’re safe about things and don’t get into risky situations needlessly, this is a common time for people to start dating.

Obviously, teenage relationships look a lot different than adult relationships where both parties are more mature and experienced, but it can be a good stepping stone. If you’re nervous to start dating, there’s no rush, but if you’re able to step outside of your comfort zone a bit, you could end up making some lifelong memories with someone who could always hold a piece of your heart.

If there’s a guy you’ve got your eye on, check out these signs he wants you to be his girlfriend.

Picking up a guitar or another instrument isn’t really crazy per se, but putting in the long hours and effort that it takes you get amazing at an instrument might seem crazy to people who don’t have the same goals in mind.

After years of practice, your “crazy” efforts will pay and you’ll be incredible at playing an instrument. Not sure where to start? Well, how about a Ukulele? Here’s how to figure out what size Ukulele is best for teenagers.

8. Vote In An Election

Voting in and of itself isn’t crazy at all, it’s the strongest power that people have to make meaningful changes in their communities in a legislative way. Politicians tend to work on policies and issues that matter to their voting base, they don’t care as much about demographics that don’t vote – so be a demographic that votes and make your voice heard.

Related: Should teenagers be able to vote?

So many teenagers will spend years thinking “my parents don’t understand me”“. That’s a normal part of teenage life, but wouldn’t it be crazy to just sit down and talk to them like adults? If you want your parents to treat you like an adult or at least like you’re a bit older, then you need to make sure you’re approaching conflict resolution skills and problems like an adult would, in a mature way.

maybe your parents are the ones who lack maturity and are difficult to deal with? That’s possible. Let’s face it, some parents do their best but still end up engaging in bad parenting sometimes. It shouldn’t be a teen’s job to navigate these types of things, but if your parents are doing something that bothers you, or you want extra privileges, think of a way to confront them and have a good conversation about it.

It can be anyone! Friendships are important, or even just making a new acquaintance in the neighborhood. Maybe it’s a nice old lady who waits for the bus at the same stop as you, or a merchant you pass by each day, or whatever – try to strike up a friendly conversation with someone.

In today’s world where people are glued to their phones, just being present in the moment and talking to people around you can seem kind of crazy but it’s well worth it and most people still appreciate a friendly conversation and a new friend.

11. Sleep All Day When You Need It

Everyone needs a good sleep sometimes! Sometimes, it’s okay to sleep all day if you really need the rest. You can queue up some of your favorite movies or TV shows, grab some video games, books (see also: classic books every teenage girl should read).

Your parents might start to wonder “Should I let my teen sleep all day?” And it’s not a good idea to always sleep all the time. It can be a sign of a mental or physical concern that should be addressed. But every now and then? Sometimes, you’ve just got to live it up a bit, and sometimes that means staying in bed and sleeping in.

More Crazy Things to do as a Teenager

There are certain crazy things that you can get away with when you’re a teenager but not so much later in life, so it’s not the end of the world to get them out of your system…

As long as you’re not hurting anyone, not putting yourself in a lot of danger, or doing something that can cause real harm, then just let loose, have some fun, and enjoy these crazy things to do as a teenager while you still can.

Here are some extra ideas: