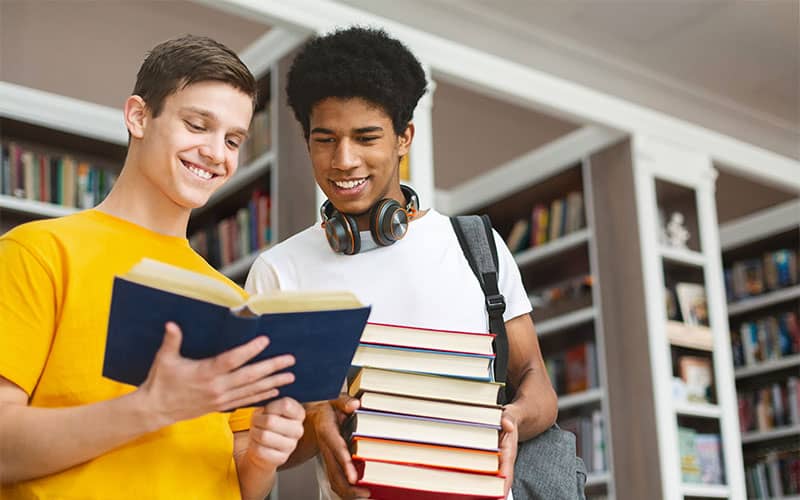 Debate topics for teens can be very mild, like whether or not a hotdog is a sandwich or if Batman could beat Superman in a fight. But sometimes, debates revolve around much more controversial topics for teens. It’s not easy to discuss controversial debate topics, especially since these issues can have a direct impact on you, people you know, or the person you’re debating against.

Having said that, difficult topics and conversations are how we make progress on the toughest issues of our times. Being able to throughout understand your debate arguments, and where your opponent is coming from, and knowing the facts and nuances of the discussion are a great way to win, if you’re competing, or just to have a fruitful conversation if you’re doing this outside of a formal setting.

Critical thinking: Being able to critically think about a topic, instead of just instantly forming an opinion, is a really useful skill that many people lack. In fact, many people who dub themselves as “critical thinkers” aren’t even employing these skills, they just like the way that it sounds.

As such, by taking time to learn to think critically, you’re putting yourself in an advantageous position over a massive swath of people, when it comes to being properly informed and being able to form strong opinions.

Stronger opinions: When you’ve had to really examine both sides of an issue or an idea, then you’ll have a better understanding of it. One of the best ways to be able to defeat an idea is to understand it, to understand how someone would argue in favor of it, and then to take the time to pick apart those arguments in order to prove them wrong. Once you’ve put in this effort and done this work, you’ll have built stronger opinions for yourself to carry.

In addition to controversial topics for teens and debate ideas for teenagers, we’ll also go over some fun debate topics because this can be a good way to break the ice, or to take a serious debate and add some levity afterward with a second, fun topic of debate. but for now, let’s start off with some…

Here are some debate topics for friends to go back and forth with. It can be difficult to discuss controversial topics sometimes, so it really does help to go over it with a friend, someone who is going to converse or debate with you in good faith, and not try to catch you in any unfair wars. For a formal debate, you’ll want to be able to thoroughly understand both sides of these arguments, of course.

The best topics for teenage debates will really depend on the age and maturity levels of the debaters, and what the goal of the conversation/debate is, but here are some debate topic ideas to get you started.

Did We Miss Any Controversial Topics for Teens?

If there are any teenage debate topics that you wish we included, please don’t hesitate to drop us a line and to make your suggestion. I can’t promise that it will get added to the list, but it doesn’t hurt to try.

Do you want to try debating some of your points? Feel free to leave a comment, along with your stance on any of the questions that were asked on this page, because it could be a good opportunity to discuss some of these controversial topics for teens, and to learn some points to use in your debates. Just remember to keep it civil and respectful, something that is very important to be able to do when you’re doing to be learning debate topics for teens.