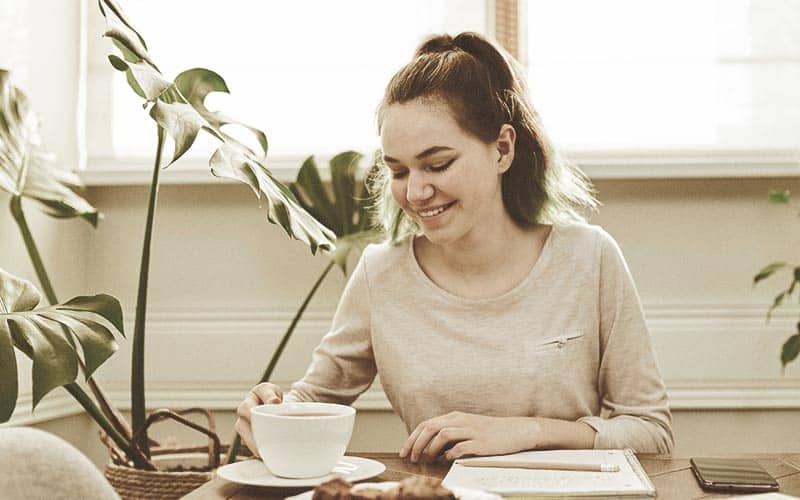 Tea is one of the most popular drinks on the planet. Even though it’s wildly popular in North America and the west, it’s even more popular in other countries. People love tea, and green tea in particular, for a wide variety of reasons.

Despite many claims of wild and surprising health benefits, the main reason to drink tea should always be that you like the taste or you want a bit of a jolt from the caffeine content without having to drink coffee or soda.

While some health benefits to green tea are widely discussed and have studies behind them, the vast majority of claims you’ll read about this on websites and blogs seem to be overblown, exaggerated, or simple misconstrued. It’s like a game of telephone, and we’re going to hang up the call and stick to reality here.

With that out of the way, can teenagers drink green tea? It’s a common question that parents have. The first thing to keep in mind is that green tea isn’t the only drink with caffeine, in fact many sodas have it, too, and green tea is a much healthier alternative to a sugary drink filled with dyes, sugars or sweeteners, and who-knows-what-else.

Yes, teenagers can drink green tea. Green tea is a great drink for teenagers (and pre-teens) if you get the right green tea and prepare it properly. For instance, don’t load it up with sugar.

Your teens may not like the same green tea you drink hence you might need to provide a variety of them. Green tea can be beneficial for teenagers, for a lot of the benefits are not exactly how they’re represented, which we’ll discuss.

Green tea serves as a good replacement for coffee. It’s a healthier alternative that can help your teens stay awake to study as a very mild stimulant.

Green tea does contain a lot of antioxidants which can be beneficial. That doesn’t mean it’s going to give you a rock-solid immune system and you’ll never get a cold or flu again, let’s be realistic here.

Here are some of the most commonly touted benefits of green tea for teenagers, but we’re going to present them in a much more realistic and down to earth way than you’ll often see.

Other benefits of giving your teens green tea include:

Green tea is particularly good for teens that always seem to lack energy or feel lethargic. Sometimes, that little boost from caffeine can be exactly what they need. However, if a teen is always having issues with energy, that’s a reason to consult a health care professional because it could be a sign of something serious.

Note that some teens don’t like the taste of green tea. So, if your teen refuses to drink it or is just not feeling it, don’t force it.

Tea isn’t some magical medicine that everybody needs to drink. There have been studies on various health benefits to drinking green tea, but they also often get blown way out of proportion so it’s not worth the battle to get your teen to drink it the same way you’d go to war to get them to eat their vegetables.

Does Green Tea Have Side Effects for Teenagers?

Well, yes. Just like any other food, there are things you need to watch out for before letting your teenager consume green tea.

Some side effects of green tea (although they’re uncommon) include:

Don’t fret, though. Most of these symptoms are rare but it’s always safe to start slowly. So, if you’re letting your teen drink green tea for the first time, it’s good to start with half of an 8 ounce cup.

When you’re sure that your teenager has no negative reaction to it, you can let them have more.

It’s totally safe for teens to drink a cup of green tea daily. One cup doesn’t have that much caffeine, and as long as they don’t have any adverse reactions to it and don’t drink it on an empty stomach, they’ll be able to enjoy one of the most popular drinks in the world.

How Much Green Tea is Too Much for Teenagers?

You shouldn’t give your teenager  more than two 8 ounce cups of green tea a day. An 8 ounce cup of green tea has about 30 mg of caffeine. Excess caffeine causes dehydration and may affect your teens nervous system.

Specialists suggest that the daily caffeine intake for teenagers shouldn’t be more than 2.5 mg/kg per body weight. So, if your teens consume cola, coffee or any other caffeinated tea, they shouldn’t drink up to two 8 ounce cups of green tea in a day. A cup would be enough.

Everyone’s body is different, and the actual amount of caffeine that someone can safely consume each day is above this level, but it’s also not a good idea to develop a dependency on caffeine at a young age.

Yes, it’s okay for teens to drink green tea. One, two, or even three cups a day should be perfectly fine, and if you have any concerns about how much caffeine they’re consuming, simply find a decaffeinated green tea and at that point, they can go wild!

Iced tea is a great way to enjoy it, just be mindful of sugars and sweeteners, because at a certain point, you can end up turning tea into a drink that’s not really much better than a soda.

Teens can drink green tea to their heart’s content, as long as they’re mindful about not taking in too much caffeine and paying attention to how their body reacts to it.